As the sentiment of major investment firms begins to shift, the demand for derivative-based cryptocurrency investments has seen rapid growth. 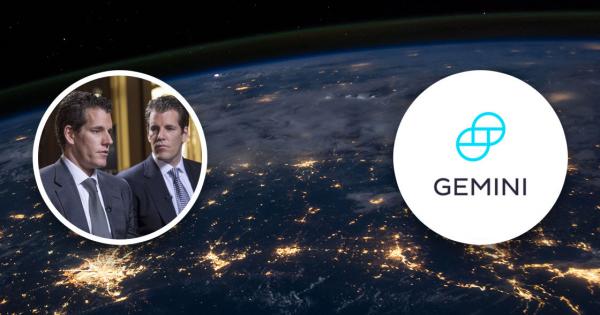 The Winklevoss’s Investment in Bitcoin

In 2013, the Winklevoss twins became well-known for their $11 million investment into Bitcoin and have since been deeply involved in the world of cryptocurrency trading – later founding cryptocurrency exchange Gemini in 2015.

Details of the Patent

An ETP is a type of security that is priced based on the derived value of other investment instruments such as commodities, stocks, or in this case, cryptocurrencies.

According to Justia, the patent is outlined as:

In March 2017, the SEC disapproved the Winklevoss’ application for a Bitcoin-derived Exchange Traded Fund (ETF), the most popular type of ETP. At the time, too much uncertainty existed surrounding digital asset regulations, and skepticism surrounding cryptocurrencies was high.

Explaining their rejection of the Bitcoin ETF, the SEC described two requirements that the Winklevoss’ proposal failed to meet:

“First, the exchange must have surveillance-sharing agreements with significant markets for trading the underlying commodity or derivatives on that commodity. And second, those markets must be regulated.”

The SEC has not yet approved any crypto ETFs, but it is clear that major investment firms are changing sentiment with the arrival of unprecedented digital assets trading at the institutional level.

More specifically, Goldman Sachs and the NYSE’s parent company have just recently announced plans to open digital assets trading desks – an indication of a radical shift in perception regarding cryptocurrency.

The Winklevoss twins have secured five patents this year alone, with the most recent of which being related to improving the security of cryptocurrency transactions on the Gemini exchange.