Why did Litecoin’s MWEB upgrade take so long to roll out? Samuel Wan · 1 month ago · 2 min read
Litecoin › Privacy

Litecoin finally has a rollout date for the MWEB upgrade, ending a long period of delays due to problems and bugs that had to be addressed 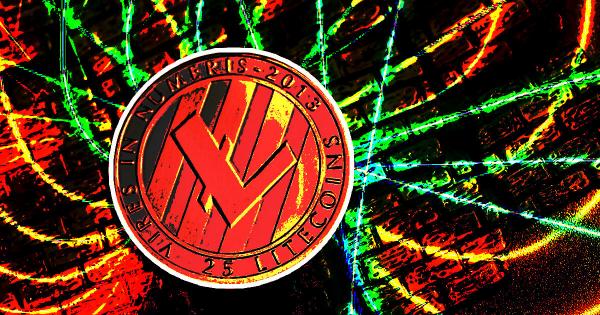 Litecoin founder Charlie Lee tweeted an estimated go-live date of May 19, at 20:30 PT, for the long-awaited MWEB upgrade. He signed off by prompting pools and miners, who haven’t already upgraded, to do so in preparation.

In the meantime, help us reach out to pools and miners. There are still some that have not upgraded!

Lee first spoke of MWEB, or MimbleWImble as it was called then, in 2019. Since then, there have been numerous announcements of promising progress, but all have failed to materialize into a final launch.

With Lee confirming an activation date, it looks like MWEB is right around the corner. But the journey in getting there has been long and drawn out.

Things began picking up in mid-February, following the MWEB testnet launch. But prior to that, the updates given by Lead Dev David Burkett had seemingly turned up problem after problem.

The MWEB Progress Update Thread, which dates back to December 2019, documents the journey. Right around February, Burkett was talking about bug fixes. March was similar, with Burkett ‘playing whack-a-mole’ in resolving issues with the wallet transaction list, miner crashes, and ‘subtract fee from amount’ function.

At this time, Lee began tweeting about MWEB signaling. For an upgrade to occur, more than 75% of the miners should signal their approval for implementation. Over the following weeks, Lee gave updates on how the signaling progressed. But it wasn’t until April 14 that consensus was reached.

A five-week activation period from that date takes us to this week for rollout.

Taproot is on track to lock-in this window, which ends in about a week. It will activate 2 weeks later, which is 3 weeks from today.

MWEB should lock-in next window and activate about 5 weeks from today.

The characteristics of sound money are that it is durable, portable, divisible, scarce, universally accepted, and fungible.

To date, cash best fits these characteristics. But in an attempt to digitize the concept of sound money, MWEB seeks to address the most significant hurdle facing cryptocurrencies as a payment method, fungibility.

In an interview in October 2020, Lee said the only property of sound money missing from Bitcoin and Litecoin is fungibility. He added that the next paradigm would be on this and privacy.

The MWEB upgrade means the history of the LTC tokens is obscured so that each token is indistinguishable from the next. That way, how a token was used in the past will not affect its value now.

Equally, no identifiable addresses can be linked to their respective outputs by encrypting block inputs and outputs. Meaning only the transacting parties can view the transaction data.

Binance say NFTs are a technology looking for new applications