Two prominent, China-based cryptocurrency businesses are undergoing contrasting fortunes; while Bitmain is facing flak for several inconsistencies in its investor deck and competition from mining rivals, the Bitcoin Mercantile Exchange (BitMEX) just moved into the world’s most expensive office. 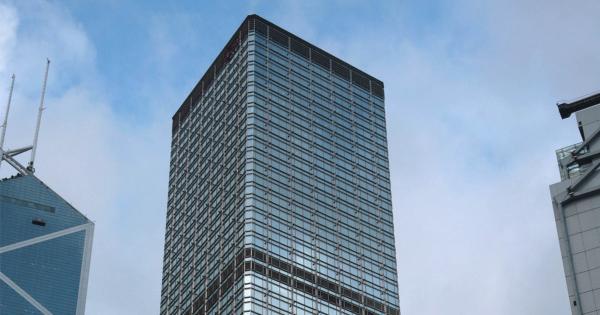 Two prominent, China-based cryptocurrency businesses are undergoing contrasting fortunes; while Bitmain is facing flak for several inconsistencies in its investor deck and competition from mining rivals, the Bitcoin Mercantile Exchange (BitMEX) just moved into the world’s most expensive office.

Bitmain’s rise to the top has been nothing short of spectacular as well as controversial for its deep-seated ideologies favoring Bitcoin Cash (BCH). The company generated over $2 billion in revenue for the first half of 2018, with TechCrunch estimating a $10 billion revenue at year-end (keeping in mind its upcoming IPO).

However, the IPO has raised several eyebrows lately–courtesy of Bitmain’s BCH stockpile, declining revenues from Bitcoin mining and, most recently, top investors denying their rumored involvement in the mining giant’s last funding round.

An analyst team, led by Mark Li, believes Bitmain must necessarily write down its inventory–in short, devaluing the company–to catch up with rival mining equipment makers, according to the South China Morning Post.

The company’s sole mining chip provider, Taiwan Semiconductor Manufacturing, should additionally ask for upfront payments from Bitmain and avoid creating the production capacity to suit its demand, noted the analysts’ report, adding “the competitiveness of Bitmain’s chips is in question.”

The above was with regard to Bitmain’s failed 10nm chip and BCH holdings, which the analysts valued at over $890 million as of Q1 2018 and has depreciated almost 40 percent since then.

Additionally, this year’s extended bear market has spilled over to the profits of cryptocurrency-related businesses, compelling mining firms to cut down their reliance on mining revenue and explore other tech avenues.

The focus on Bitmain’s finances has intensified, leading industry observers to investigate finer details of its business. In this regard, local outlets in China reported that two rumored investors in Bitmain–Tencent, and Softbank–categorically denied their involvement in the mining giant’s upcoming IPO.

Meanwhile, the downturn of Bitmain is in stark contrast to another China-based cryptocurrency business: BitMEX.

Founded by ex-Citibank trader Arthur Hayes, BitMEX has stealthily become one of the world’s most liquid cryptocurrency exchanges, with daily traded volume for Aug. 22 crossing $3.2 billion as per data collated by CoinMarketCap.

Despite the bear market, the exchange has created deep pockets for itself in 2018, including enough to rent a floor for its office at one of the world’s most expensive offices in Hong Kong.

The 45th floor of the Cheung Kong Center in Hong Kong has been officially leased by BitMEX, according to The Star. The building houses several prominent finance businesses such as Goldman Sachs, Bloomberg, and Bank of America, as well as real estate billionaire Li Ka-Shing’s offices.

The development comes amid a price slump in the cryptocurrency market, leading observers to question the industry’s sustainability. In addition, the move signifies how cryptocurrency-related businesses can prosper in the absence of a surging digital asset market.