What does the EIP-1159 upgrade mean for Polygon?

Polygon now operates a moving base fee system and incorporates a deflationary mechanism via token fee-burning. 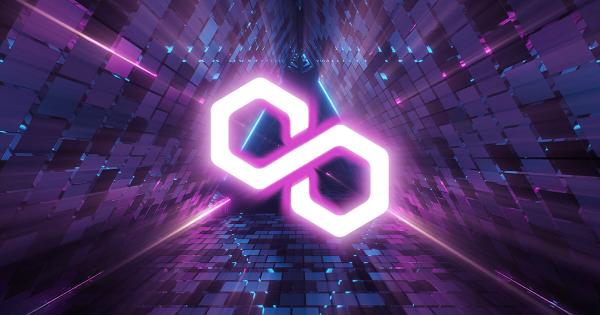 Photo by wirestock on freepik.com

The EIP-1559 upgrade is now live on Polygon, bringing fee burning and “improved fee visibility” to the network.

Folks, #EIP1559 is a few hours away from going live on the #Polygon mainnet.

Polygon intends to provide a more scalable and useable Ethereum service. But in recent times, just like Ethereum, its gas fees have become problematic.

EIP-1559 rolled out on Ethereum in August 2021 and was touted as the fix for spiraling gas fees. However, EIP-1559 didn’t significantly lower gas prices, even seeing a massive price spike just after implementation.

With that, is there sufficient justification to implement EIP 1559 on Polygon?

Rising Polygon gas fees first became a problem in October 2021 when co-founder Sandeep Nailwal spoke of a 30x increase to combat spam transactions. This proved deeply unpopular with the respondents.

“To reduce the number of spam transactions in the network, we are increasing the minimum gas price to 30Gwei from the current (default) value of 1Gwei for our foundation nodes.”

Some questioned why this was necessary, given that the network isn’t all that congested, to begin with. Others said a 5-10x increase seems more reasonable. But the killer blow came from those who said the move shows how centralized Polygon is.

Nailwal responded by saying this relates to the Foundation’s nodes. And anyone is free to run their own node using the old setting.

Things got worse at the start of the year when heavy on-chain activity clogged the Polygon network. The culprit was the Play-2-Earn game Sunflower Farmers, which at one point accounted for 40% of the network’s gas consumption, pushing prices above 700 gwei.

In the past two days, Polygon network gas fees have skyrocketed, even surpassing 700 gwei. The main reason is the popularity of an NFT game Sunflower. Its gas consumption accounts for more than 40%, while the second accounts for only about 3%. pic.twitter.com/d9h0wCaa0A

How does this affect Polygon?

Off the bat, Polygon states its EIP-1559 implementation is not about lowering gas fees. Instead, by bringing in a moving base fee system that changes according to traffic demands, users can “better estimate” costs.

“EIP-1559 changes do not lower the fees paid for transactions, since gas prices are determined by supply and demand. They do allow users to better estimate costs since the base fee is the minimum price for inclusion in the next block. This will result in fewer users overpaying.“

This is widely expected to create supply shock pressure, but it remains to be seen whether an annual 0.27% burn rate will significantly impact price.

“Deflationary pressure will benefit both validators and delegators, because their rewards for processing transactions are denominated in MATIC. Because the base fee increases automatically if the block is full, the changes will result in fewer spam transactions and lead to less network congestion.”