How Wanchain is Rebuilding Finance with Private Cross-chain Smart Contracts 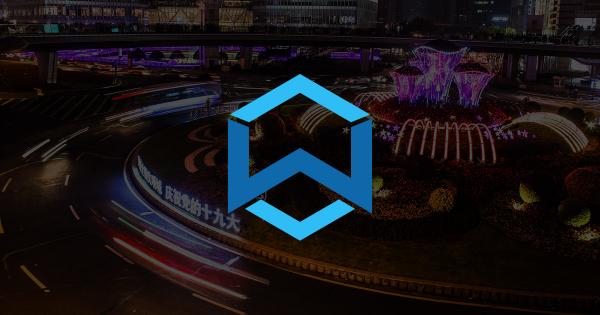 As more blockchains are created, the need for cross-chain smart contracts becomes significantly greater. One of the most talked-about initial coin offerings over the past few months has been Wanchain — a platform whose goal is to build an interoperable distributed financial infrastructure.

The Wanchain initial coin offering began in October 2017 and hit its hard cap almost immediately. Their fundraising goal was $36 million USD and they sold a total of 107,100,000 tokens for $0.34/token.

Of the total tokens available, 51%, were made available with 42 million saved the development team and 39.9 million to the Wanchain Foundation.

The Wanchain team in China is the group that is leading the project development. This is the same group of people is also responsible for the creation, development, and popularization of the Factom project and its associated coin.

The team is comprised of software engineers with ample experience in their respective fields, as well as blockchain expert advisors.

One of the leaders is Jack Lu, who is the co-founder and CTO of Factom. That Factom platform is valued over $400 million and its digital currency is one of the top 50 according to the CryptoSlate crypto rankings.

Zane Liang: an applied mathematics expert with a Ph.D., he specialized in high-performance computing, cryptographic algorithms, and cryptographic security.

Dustin Byington: a veteran blockchain entrepreneur, who has contributed his experience and knowledge in the Wanchain project. He founded the Bitcoin College in 2014.

Welch Zhou: founder of the Hishare Exchange, he functions as the security Advisor of Hyperledger. He has over years of experience in government relationships, investment, and business management.

Ying Zhang: works in tech company Huawei as a senior engineer, and is also a senior Ethereum developer. He is an expert in Wanchain issues such as smart contracts, blockchain architecture, and consensus algorithms.

Lizzie Lu: A China Communication University graduate, she has accumulated years of the magazine, press, and television experience. She is a marketing expert and an organizer in the blockchain affiliations, community, and conferences.

As we mentioned before, boasting a team of established industry veterans is one of the most important factors when judging a project and Wanchain seems to have figured that out. For a more detailed team intro, check out this official team introduction video by Wanchain:

Wanchain is a relatively young project, having started in June 2016. The first milestone on the roadmap has already been achieved: Wanchain 1.0, which includes:

Wanchain published its white paper in July of 2017.

Wanchain 2.0 will launch in June of this year and among other things, will offer integration with Ethereum and also a multi-coin wallet.

According to the product roadmap, developers will launch Wanchain 3.0 with Bitcoin integration, and the Wanchain 4.0 will likely come in 2019 and will include alliances with other private chains.

Strategic partnerships are imperative for any successful crypto project. Wanchain, Aion, and ICON formed what is now known as the Interoperability Alliance. These three blockchain platforms have come together to promote better connectivity between the different networks.

According to Matt Spoke, which is the founder of Aion, “collaborating across projects will help set best practices for blockchain interoperability and encourage broader market adoption across enterprises and the public.”

The group will encourage research in their common areas of work, which is the communication between distinct blockchains.

In addition, DecentraNet and Wanchain recently announced an alliance. The former is a full-service blockchain consulting enterprise that can offer people assistance in community events, access to capital and deep industry alliances, whereas Wanchain has an infrastructure powered by cross-blockchain apps.

Wanchain has a strong and vocal community for such young project — it currently boasts over 60k Twitter followers and over 11k subscribers on its subreddit.

The Wanchain project is off to a great start because of the expertise of its founders and developers — they are all worthy blockchain industry entrepreneurs and engineers. Additionally, hitting its $36 million ICO hard-cap will mean it will be well-funded and likely to execute on its ambitious product roadmap.

Although still early, the crypto community has warmly embraced the Wanchain project due to its strong leadership and potential uses cases. Although Wanchain has not yet disclosed a commercial strategy, it is an ambitious idea and worth watching in 2018.