Jan Van Eck, CEO of Van Eck Associates, told CNBC’s ETF Edge that he believes many investors who sold gold for bitcoin during its climb to $20,000 are now returning to precious metals. 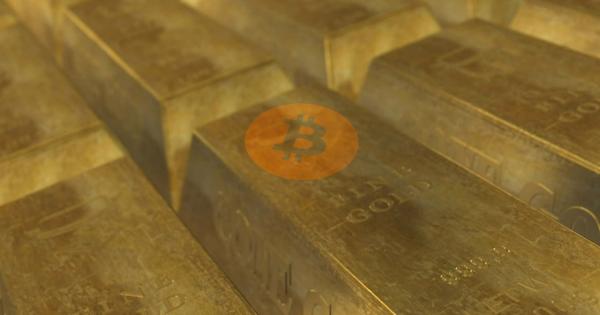 Jan Van Eck, CEO of Van Eck Associates, told CNBC’s ETF Edge that he believes many investors who sold gold for bitcoin during its climb to $20,000 are now returning to precious metals. His reasoning: the CBOE’s withdrawal of the Van Eck SolidX Bitcoin ETF on Jan. 23rd.

Interest in cryptocurrencies has slumped in line with the ongoing bear market. January of last year a bitcoin was trading for $13,500. Now, a single coin commands less than $3,500—a 74 percent drop.

Van Eck believes that the original pull from bitcoin and other cryptocurrencies resulted in less investment in gold. However, he claims that a reversal is happening as people seek a less volatile investment, especially given deteriorating economic growth internationally.

One of the more promising Bitcoin ETF proposals submitted to the SEC was withdrawn, further suggesting declining interest from the traditional investment market. Many believed that a Bitcoin ETF would launch a second rally in the cryptocurrency market. Now, that seems less likely.

Van Eck presented evidence that investors are returning to gold, an asset once thought to be at risk of being replaced by bitcoin and other cryptocurrencies. He explained how 2019 looks to be “the year of gold”:

“I do think that Bitcoin pulled a little bit of demand away from gold last year, in 2017,” Van Eck told CNBC’s ETF Edge. “Interestingly, we just polled 4,000 Bitcoin investors and their number one investment for 2019 is gold. So gold lost to Bitcoin, and now it’s going the other way.”

This evidence seems to explain the reasoning behind the withdrawal of the Van Eck and CBOE-backed SolidX Bitcoin ETF. However, that is not the only reason, there is also a need for a more reliable market framework before such a project becomes viable.

In an email, VanEck director of digital asset strategy Gabor Gurbacs told CoinDesk that the filing “had been temporarily withdrawn.”

“We are actively working with regulators and major market participants to build appropriate market structure frameworks for a Bitcoin ETF and digital assets in general,” he said.

In the past, the SEC has denied ETF applications, including two from known Bitcoin advocates, the Winklevoss twins, as well as delayed their decision on more recent ones—including the SolidX application.

While the withdrawal is classified as “temporary,” it is still an immediate blow to the cryptocurrency market that had hedged a lot of their bets on a turn around resulting from a Bitcoin ETF.

That said, in the long run, if the withdrawal is being done for the purported reasons, waiting for a more robust market framework to develop, then the delay might be a positive for long-term saliency.

Much of the growth and expansion of cryptocurrencies was rushed and built on speculation with very little regulation or control, as demonstrated by the 2017 expansion and 2018 contraction. However, the subsequent collapse of the market has allowed the remaining companies to rebuild on a stronger foundation.

If the likes of CBOE and Van Eck are waiting for a better framework on which to launch their Bitcoin ETF down the line, then perhaps a more stable business environment might spark the next wave of institutional investment.