NFT investors must report all taxable NFT incomes for the 2022 tax year as the IRS now considers NFTs digital assets like cryptocurrencies. 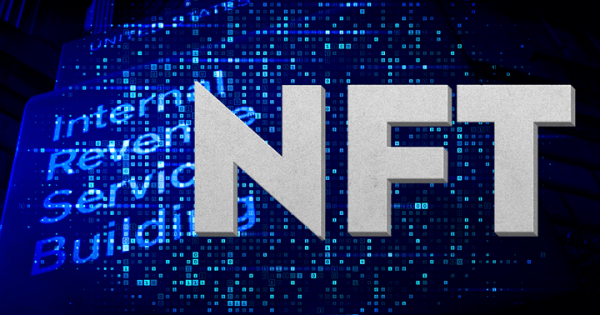 The U.S. Internal Revenue Service (IRS) could begin to tax non-fungible tokens (NFTs) as it has classified them as digital assets alongside virtual currencies in its updated draft instructions for the 2022 tax year.

According to the IRS, digital assets are “digital representations of value that are recorded on a cryptographically secured distributed ledger or any similar technology. For example, digital assets include non-fungible tokens (NFTs) and virtual currencies, such as cryptocurrencies and stablecoins.”

The IRS first defined virtual currencies “as a unit of account, a store of value, or a medium of exchange” in 2021.

The tax regulator stated that any asset that shows the characteristics of a digital asset would be treated as such for tax purposes — meaning NFT investors must report all taxable NFT income for the tax year.

With this development, the U.S. joins countries like Singapore, Israel, and India, which also tax NFTs.

Meanwhile, the new classification helps solve the ambiguity surrounding NFT taxation. Previously, experts had argued that the assets should be classified as collectibles which would have attracted a higher capital gains tax rate.

The Securities and Exchange Commission (SEC) recently showed interest in the NFT space by investigating Yuga Labs. The regulator wants to determine if some of the firm’s NFT collections qualify as unregistered securities.

A recently released Coingecko report showed that the NFT market suffered a massive downturn in the just-completed third quarter.

According to the report, the top 5 NFT marketplaces saw their trading volume decline by 77% compared to the second quarter of this year.

For context, the trading volume on the largest NFT marketplace, OpenSea, crossed the $3.5 billion mark in January but recorded a paltry $326 million in the last 30 days, according to DappRadar data.

Meanwhile, Solana-based Magic Eden has eaten into OpenSea’s dominance. According to Coingecko, its market dominance rose to 22% in Q3 from 9%, while that of OpenSea declined to 60% from 90%.