EU parliamentarians have voted against a defacto ban on proof of work based cryptocurrencies which was included in the MiCA, or Markets in Crypto-assets Regulation, report. 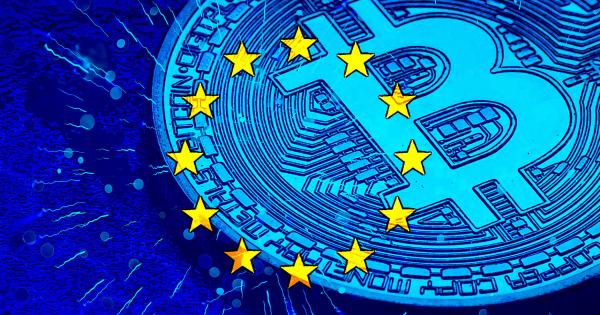 The ECON committee of the European Union voted against a de-facto ban on cryptocurrencies that rely on the proof of work consensus protocol, like Bitcoin, that was included in the latest draft of the MiCA, or Markets in Crypto-assets Regulation, report.

A majority of 32 parliamentarians voted against the ban and chose to support an alternative amendment — to bring cryptoassets under sustainability-related taxonomy like other financial products — submitted by MEP Stefan Berger, who is serving as the Rapporteur on the report. The amendment essentially removes the judgment and addressing of POW from the MiCa regulation.

Meanwhile, 24 parliamentarians voted in favor of the ban, under which the EU could essentially block exchanges from listing, as well as companies from providing services in, cryptocurrencies that do not meet its “environmental sustainability criteria.”

Why is such a ban included?

Proof of work-based cryptocurrencies requires mining to validate transactions on the chain. Mining is essentially a complex problem that can only be solved using a massive amount of computing power, which in turn needs massive amounts of real-world energy to function. In Bitcoin’s case, these problems get harder and harder to solve over time and require more power, especially with higher levels of adoption.

Some parliamentarians believe this is negatively affecting the bloc’s progress toward meeting its climate goals. Bitcoin mining’s global carbon emissions have been growing at a steady rate since its inception and are now equivalent to those of the Czech Republic, with a global carbon footprint of 0.19%.

The ECON committee’s vote on the report is only the first step toward officially implementing crypto-related regulation.

“The EU Parliament has paved the way for innovation-friendly crypto regulation that can set standards worldwide. The process is not over yet; Steps still lie ahead of us.”

Berger said in a tweet after voting was concluded. He elaborated that the committee’s approval of the final draft means it can now proceed to interinstitutional negotiations, which involve a “trilogue” between the Parliament, the European Council, and the European Commission.

Regulation can only come into force if it successfully passes through the trilogue. Additionally, MEPs who are in favor of the ban still have an option to veto the report and bring it back to the plenary of the Parliament.

6/ Any chances left for the POW-ban?

The groups that lost the vote have one last option. They could veto a fast-track procedure of MiCA through the trilogues & bring the discussion to the plenary of the Parliament. They need 1/10 of the votes of the EP to do so, which they have.

If the report is taken back to the plenary it will likely cause more delays in regulating the European crypto industry. Additionally, even if the report passes through to the trilogue stage it is still uncertain how the union will ultimately regulate mining and proof of work.