Steve Wozniak now has 30 days to revise his lawsuits against YouTube over being "unresponsive" in deleting fraudulent videos. 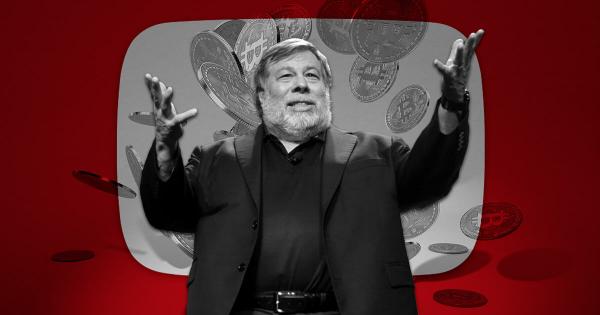 In his lawsuit, filed last July, Wozniak stated that some unknown malicious actors had used photographs and videos of him in an attempt to steal Bitcoin from YouTube users. The scam itself was a “tried and true” fraud that asked users to send some crypto to receive twice as much back.

“But when users transfer their cryptocurrency, in an irreversible transaction, they receive nothing back,” Wozniak said in his lawsuit at the time.

He also argued that Section 230 of the Communications Decency Act, which shields Internet platforms from any responsibility for the content posted by their users, should be applied in this case.

This is because not only YouTube was “unresponsive” to Wozniak’s requests to take down the fraudulent videos, but also “materially contributed” to scammers by placing target ads and verifying the bogus channels.

Notably, the videos also used names and images of other well-known personalities such as Microsoft co-founder Bill Gates and Tesla CEO Elon Musk, per the lawsuit.

As CryptoSlate reported, images of famous “big tech” people are often used by scammers to defraud their unsuspecting victims. In mid-March, for example, an “Elon Musk” Bitcoin giveaway scam on Twitter resulted in one user losing 10 Bitcoin, worth more than $550,000 at the time.

Meanwhile, 2021 is already shaping up to become a record-breaking year for crypto giveaway scams.

“We don’t have any data to explain it, but it could be related to the wider Bitcoin market. When the Bitcoin price goes up, people go crazy and a lot of them are new to the market and they want this idea of quick money,” Frank van Weert, the founder of Whale Alert, explained to the BBC earlier this year.