US coffee giant Starbucks turns to blockchain for beans tracking

Coffee fanatics across America can now track their Starbucks bean purchases right to the farms they grew in. 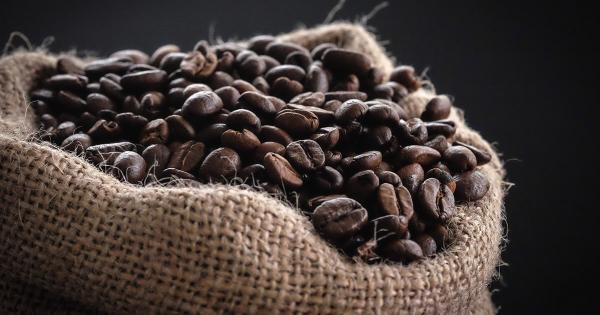 Photo by Tina Guina on Unsplash

Coffee fanatics across America can now track their Starbucks bean purchases right to the farms they grew in. And so can farmers, who can similarly verify their beans ended up in the right place.

Seattle-based Starbucks, one of the biggest coffee chains on the planet, is deploying its blockchain-based tagging app across all stores in America to allow customers to trace their purchase back to farmers.

Consumers in the past few years have increasingly become more interested in knowing where their food comes from, how it was grown, and whether it was produced in a sustainable and ethical way, said Bloomberg.

This has caused some of the world’s largest food companies to be more transparent about where their products come from — with blockchain technology serving as a solution.

The new blockchain tool helps customers to verify if a package, which for example says it comes from Columbia, has actually come from the country instead of a fake claim of origin.

The app is powered by Microsoft’s enterprise blockchain services, which will allow Starbucks to share with its customers the traceability data the world’s largest coffee- shop chain has been collecting for more than a decade.

Just launched: Meet the people and see the places behind your bag of Starbucks coffee with our new Digital Traceability tool. Simply scan or enter the batch code of any bag of whole bean coffee from U.S. stores to get started: https://t.co/ihvA0Emxyb

Starting Tuesday, customers buying coffee at Starbucks stores across the U.S. will be able to use a code on the bags to find out where their beans came from, where they were roasted and even get brewing tips from baristas, said Michelle Burns, the company’s senior vice president of global coffee and tea sales.

“That allowed us to have the foundation to now build a user-friendly, consumer-driven tool that certainly provides that trust and confidence to our customers that we know where all of our coffee comes from.”

The call for sustainability

The report added the move comes as youngsters and millennials have started to pay a premium for sustainable and small-batch products. This has led to the rise of craft roasters in the past few years, where coffee is roasted on location instead of factories far away.

Starbucks is not the first coffee roastery to turn to the blockchain. In 2019, mid-sized roasteries J.M. Smucker Co. and Jacobs Douwe Egberts joined a blockchain initiative, developed in partnership with IBM.

But tracing coffee is not a straightforward task, especially when hordes of middlemen are involved in the process. This means that roasteries like Starbucks, for now, can track beans only up to a country level for some blended coffee bags, while other single-origin products can be traced right down to the farmers.

Meanwhile, farmers will also get access to the blockchain app. They only need an internet-connected device to type in the code and verify the data. 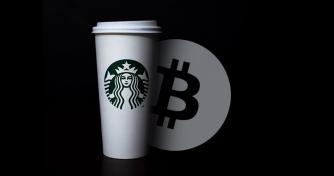 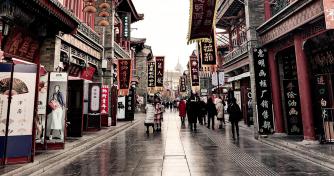 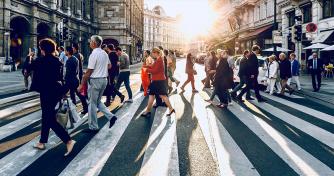 IBM Blockchain Platform is an integrated business-ready platform that addresses the full lifecycle (develop, govern, and operate) of a multi-organization blockchain network.