Panic spreads over the assumption Binance is no longer available in the U.K. 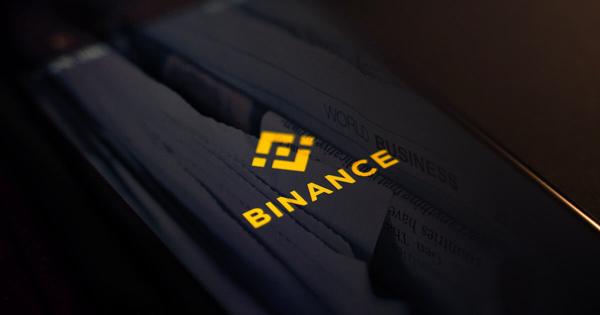 The U.K crypto community is left confused after the country’s financial watchdog, the Financial Conduct Authority (FCA), published a report titled “Consumer warning on Binance Markets Limited and the Binance Group” over the weekend.

This report reiterated comments made in an October 2020 press release banning the sale of crypto-derivatives to retail investors. However, the fundamental difference this time is the specific mention of Binance.

“To address these harms, the FCA has made rules banning the sale, marketing and distribution to all retail consumers of any derivatives (ie contract for difference – CFDs, options and futures) and ETNs that reference unregulated transferable cryptoassets by firms acting in, or from, the UK.”

Based on dramatic headlines reporting the event, a wave of doubt has spread on a belief the FCA has banned Binance in the U.K.

The FCA’s weekend report stated that they do not regulate crypto assets while naming Bitcoin and Ether as examples. However, it did confirm that they have jurisdiction over “certain cryptoasset derivatives”. As a result, firms dealing in crypto derivatives require authorization to advertise and sell these products in the U.K.

“While we don’t regulate cryptoassets like Bitcoin or Ether, we do regulate certain cryptoasset derivatives (such as futures contracts, contracts for difference and options), as well as those cryptoassets we would consider ‘securities’…”

Articles from mainstream outlets including Bloomberg, the BBC, and the FT contained sensational headlines that were somewhat misleading. For example, the BBC article was titled, “Binance: Financial watchdog FCA bans crypto-currency exchange.”

Many, who read the headline without reading the article, took this to mean the FCA had banned Binance in the U.K.

The “ban” relates to Binance Markets Limited (BML), a London-based company that is a separate legal entity from Binance Group. BML is responsible for Binance U.K, the local U.K version of Binance that was scheduled to launch last year.

The financial regulator had already banned crypto derivatives trading per its October 2020 press release. In other words, nothing has changed.

The FCA had previously held an amenable position towards BML, during its setup through the acquisition of an already registered firm called EDDIEUK LTD.

But, it seems that anti-crypto rhetoric, related to criminality, has given way to a change of heart.

In response, Binance posted a series of tweets clarifying their position by confirming BML does not offer any services via Binance.com.

“The FCA UK notice has no direct impact on the services provided on http://Binance.com. Our relationship with our users has not changed,” it said.

We are aware of recent reports about an FCA UK notice in relation to Binance Markets Limited (BML).

BML is a separate legal entity and does not offer any products or services via the https://t.co/QILSkzx7ac website. (1/4)

The firm signed off by saying its takes regulatory compliance “very seriously.”