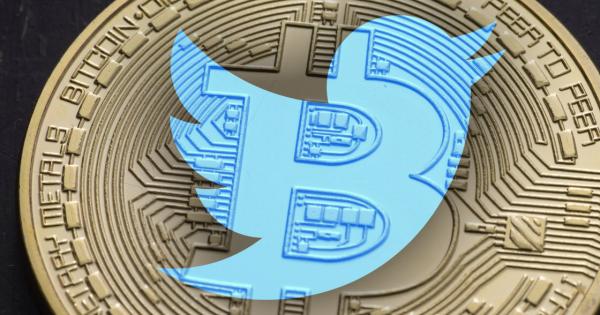 Bitcoin mentions on Twitter hit an all-time low, dropping to around 8,300. At its peak, Bitcoin was seeing 155,000 mentions at the beginning of December 2017. Nonetheless, the change doesn’t mean the world’s attention toward BTC is getting any lower.

While the so-called crypto community was born from online forums such as Bitcoin Talk and Reddit, it matured on Twitter. Of the social media platforms, Twitter is fast-paced enough to keep up with the rapidly evolving crypto-sphere. Soon, it became the standard place for discussions on the state and future of the space, especially for those in America and Europe.

As a result, Twitter, and the number of mentions a cryptocurrency gets there, are often seen as an important metric—one that gauges whether a project has made it into the public discourse.

Therefore, it’s not surprising that mentions of Bitcoin on Twitter grew as the coin got more popular. The popularity of the #Bitcoin hashtag spiked every time it saw a significant price movement, indicating that it was, most literally, the talk of the town.

Mentions of Bitcoin hashtags were at their all-time-high on Dec. 7, 2017, right when the coin began its turbo-charged jump to $20,000. Data from BitInfoCharts showed that #Bitcoin was mentioned more than 155,600 times that day.

However, the Bitcoin hashtag has been losing its popularity ever since. On Oct. 4, the hashtag seemed completely missing from Twitter, as it got just over 8,300 mentions in the day.

Is the world tired of Bitcoin?

Some might see the lack of Bitcoin mentions on Twitter as a sign of waning interest. But, the truth seems far from it. The data shown in BitInfoCharts only takes into consideration hashtags and not all and every mention of the word Bitcoin.

Tweetbinder revealed that while #Bitcoin managed to get 500 tweets in 31 minutes, the keyword bitcoin took just 12 minutes at 18:20:08 UTC on Oct. 4 to get those same figures. By extrapolating these numbers, it is possible to assume the tweet count of the keyword Bitcoin to be nearly three times that of #Bitcoin.

As the oldest and most well-known cryptocurrency, Bitcoin has lost the novelty which would lead people to use hashtags when talking about it. Using hashtags is an efficient way to get more information and spread the word about new projects, but it seems Bitcoin has become such a household name that there isn’t any real need for it.

Other metrics also disagree with the notion that Bitcoin is losing its popularity. Bitcoin’s hash rate, which determines the amount of computing power on the network, reached its all-time high on Sept. 26 and the trend has shown no signs of changing.

That isn’t to say large price swings don’t increase attention toward Bitcoin. They do. But, it seems that the fewer number Bitcoin hashtags may have less to do with popularity and more to do with Bitcoin becoming a household name.

Ethereum, XRP and Litecoin look bearish against BTC, but promising against USD