Crypto stakeholders are predicting that the 1% tax on every transaction will affect liquidity within the sector. 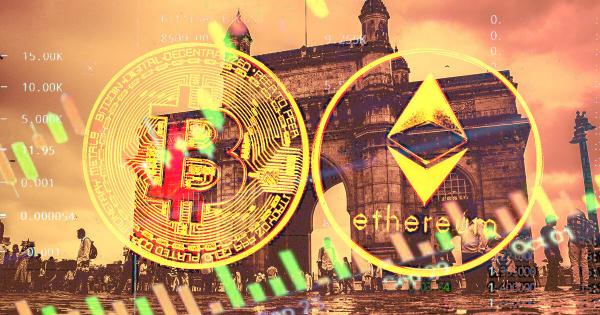 The new crypto tax regime in India has finally gone into effect, and it appears to be affecting the trading volume in the country.

Media reports from the country suggest that trading volumes on crypto exchanges have dropped by an average of 15% within the first three days of the month.

Not only that, but crypto exchanges operating within the country have also seen their domain traffic drop by 40%.

Co-founder of Crypto India, Aditya Singh, confirmed these reports on Twitter. He posted graphs showing a significant dip in the trading volume of 4 of India’s top exchanges.

The trading volume of WazirX, the country’s biggest exchange, dropped from $208 million to less than $100 million before the month even started.

The drop in trading volume doesn’t come as a surprise, given the hefty tax imposed on crypto. Indians will have to part with 30% of their profits with the new tax law.

In addition, another tax will come into effect next month, which will deduct 1% on every crypto transaction from the source.

Already, crypto stakeholders are predicting that the 1% tax on every transaction will affect liquidity within the sector. They claim that this tax will limit the number of trades as investors who are high-frequency traders will cut down on their trades.

The rule also prevents tax write-offs for losses made on trades which means investors would be more likely to run at a loss.

Many predict that such a tax regime could push many crypto traders and companies to leave the country.

According to Nischal Shetty, CEO of WazirX, the 1% tax-deductible at source (TDS) is “the worst-case scenario for the industry.”

The executive director of policy at CoinDCX, Manhar Garegrat, also stated that “There will be no liquidity left in the markets” if TDS comes into effect.

“Trades placed by buyers will not get executed as efficiently as they do today, and such inefficiency will eventually dwindle the whole ecosystem,” he added.

While crypto stakeholders are worried about an exodus, major exchanges like Coinbase and FTX are showing interest in investing in the crypto space of the Asian country.

Earlier today, Coinbase revealed that it plans to invest $1 million into crypto and Web3 projects initiated in the country.

Another report revealed that FTX could be set to invest in India’s Mobile Premier League (MPL), which intends to launch NFTs and a play to earn based game before the end of the year.

This shows that despite the government’s best effort at making the industry unattractive to investors, some stakeholders still believe there is ample opportunity for them in the country.