Yesterday, the United States Treasury’s FinCEN branch confirmed that it is working on cracking down on crimes enabled by Bitcoin and other cryptocurrencies. 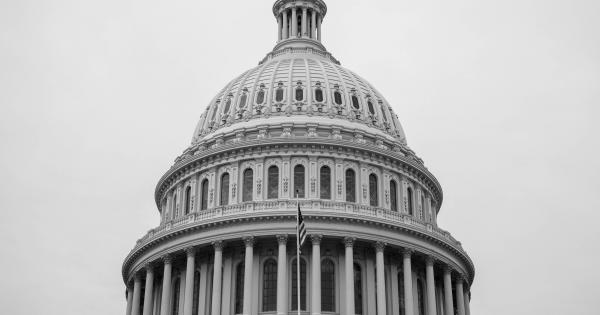 Yesterday, the U.S. Treasury’s FinCEN branch confirmed that it is working on cracking down on crimes enabled by Bitcoin and other cryptocurrencies.

A to-be-published document from the Financial Crimes Enforcement Network indicated that the rule will force virtual asset service providers to verify the name and address of non-custodial wallet users for any transaction exceeding $3,000. Some also think that this applies to decentralized finance applications, though as these applications are decentralized, it is unclear how this will work.

While these concerns are valid — Bitcoin is sometimes used in criminal transactions — many say that this proposed ruling misses the mark.

The public is free to comment on the ruling until early January, at which point it will be implemented in practice through regulation.

Some fear that January is too soon for the government to be moving forward with this and have begun to respond with extensive and heavy-handed analyses outlining why this will actually backfire.

Kathryn Haun, a general partner at a16z focused on crypto assets, recently published an extensive thread bashing the Treasury’s decision to give little time to respond to the decisions:

“Late yesterday, instead of following that process,  @stevenmnuchin1 slashed the ordinary comment period to just 15 days, on a Friday before the holidays no less, for crypto regulations that to us @a16z and others in the crypto space don’t make much sense.”

1/ There’s a reason the regulatory rulemaking process provides 30-60 days for notice & comment. So that those outside govt – consumers, industry, public interest orgs, academics, etc – have a meaningful opportunity to weigh in & provide viewpoints govt may not have considered

Haun explained that the normal 30 to 60 days that industry experts and the public get to respond to public rulings gives the government insight into the veracity of a proposed ruling:

“In fact, agencies are encouraged to consider a longer comment period for complex areas. The global and distributed nature of crypto is nothing if not complex. The reason for this amount of time is simple: it’s about due process. The opportunity to be meaningfully heard.”

Not to mention, without this period of analysis, the industry has already determined that the proposed ruling is flawed and will actually only detract from the innovation this space brings.

She proceeded to cite a U.S. senator that highlighted that current anti-money laundering structures, which are being applied to the crypto market right now, falls flat most of the time:

“For these reasons & others we’ll detail publicly before the comment period closes Jan 4, we @a16z oppose the proposed regs & urge against their adoption (needless to say we also take issue w/the process for this midnight rulemaking, though makes it more amenable to challenge).”

Not the only notable backer of crypto

Haun is far from the only prominent individual aside from crypto executives to have thrown their support behind the space as this ruling has been rolled out.

On Friday, incoming Wyoming Senator Cynthia Lummis said that these rules will actually hurt the United States’ dominance in a war in fintech with China and Russia. She added that this would be a waste of government resources, basically, as there exist more pressing issues at hand.

Been doing work on the rumored transaction reporting rule impacting digital assets (currently being contemplated by Treasury) and wanted to share with you where I am: Tweet storm to follow… (1/8)