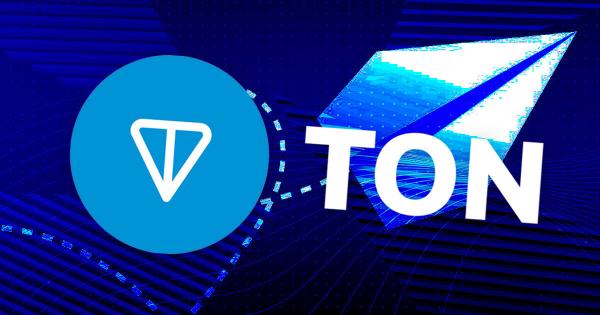 Telegram users can now buy and sell cryptocurrency within the app due to a new update for the @wallet bot. In April, the TON (short for “The Open Network”) cryptocurrency gained its own @wallet bot on Telegram’s open WebApps platform, allowing users to buy, sell, and trade Toncoin (TON) without leaving the chat application.

A team of independent TON developers working has released a full-fledged cryptocurrency wallet inside the chat app. With this new addition, users can conduct cryptocurrency transactions directly with one another, with the service functioning as a third-party guarantor.

Instead of sending crypto to another address, users only need the Telegram handle of the recipient to transfer Toncoin. The @wallet bot functions similarly to a banking app, enabling users to buy Toncoin using their credit or debit cards within Telegram. Users will also be able to buy and sell Toncoin using fiat currencies such as Dollars (USD), Euros (EUR), Ukrainian Hryvnia (UAH), Belarusian Rubel BYN, and Kazakhstani Tenge (KZT).

The Open Network (TON) was developed in 2018 by Parel Durov and Nikolai Durov, the founders of the Telegram messaging app. Eventually, the project’s creators turned it over to the TON community, and since then, the group has been responsible for expanding and improving it. Later, a group of non-commercial backers came together to create the TON Foundation, whose role was to supervise the development of the TON Blockchain.

The TON development community built the @wallet bot to facilitate cryptocurrency transactions inside the confines of Telegram. Since its introduction, there has been a significant increase in the use of the @wallet, with over a million wallets created and a $5 million quarterly revenue run.

The @wallet team spoke on the development of the Telegram trading bot, telling CryptoSlate:

“The launch of the P2P market is another step towards our main goal of creating a full-fledged crypto wallet integrated into Telegram via a bot.”

The developers’ aim was to build a cryptocurrency wallet that is user-friendly and simple to use for everyday people. The @wallet team told CryptoSlate, “We’re creating a product that would be as convenient as possible for those just getting started with cryptocurrencies, so we pay a lot of attention to crafting an intuitive interface.” continuing:

“We believe that by taking this approach, we will be able to build a large audience and that @wallet will become the most popular crypto wallet among Telegram users.”