CryptoSlate recently had the opportunity to chat with Long Vuong, the CEO and founder of TomoChain. 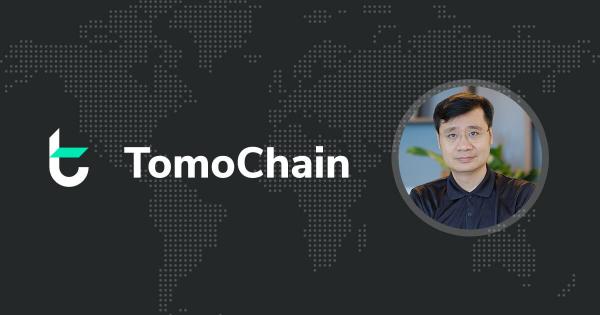 CryptoSlate recently had the opportunity to chat with Long Vuong, the CEO and founder of TomoChain.

TomoChain is a scalable blockchain-powered via Proof-of-Stake Voting consensus and used commercially by companies globally. Prior, Long Vuong was co-founder and the former project lead of the very successful NEM blockchain (New Economy Movement) in 2014.

As a blockchain guru and economics expert, Long has advised for a number of blockchain projects all around the world and contributed to affirm this technology value by developing practical products. He ís a notable speaker in many prestigious events across nations and a full-time blockchain evangelist.

Tell us about why you decided to start TomoChain?

TomoChain’s inception was based on the scalability issues of Ethereum in 2017. However, the focus was always on building out an infrastructure to support Open Finance, as per our whitepaper.

We looked at Bitcoin’s invention due to a need for an alternative, and inclusive, financial system that was both transparent and decentralized. TomoChain is an extension of that vision to build out a broader ecosystem that reduces blockchain friction in order to onboard the mass market onto blockchain, where the benefits are clear and easy to access while the technology layer is invisible.

TomoChain Pte Ltd is a Singapore based entity. We have offices in Singapore, Vietnam, and Japan.

Singapore is a regulation friendly environment for blockchain-based businesses with forward-thinking legislation.

What are some of TomoChain’s notable achievements or milestones?

The TomoChain Public Blockchain launched into mainnet in December 2018 and has been operating steadily since as the largest public blockchain out of the SEA region, and the pride of Vietnam. TomoChain is an EVM compatible blockchain, secured by a POSV consensus with 150 Masternodes.

Launched TomoX in Spring 2020 which allows anyone to launch a permissionless DEX in minutes. TomoX is a layer 1 protocol so our Masternode network handles the OB and all transactions that take place on-chain. No gas fees for trading either.  There are about 12 DEXs that are in various stages of launch.

Launched TomoDEX dex.tomochain.com in May 2020, offering both spot trading and P2P lending and has been quite successful with over $500,000 of daily trading volume. TomoDEX has partnered with notable projects, like Frontier during their TGE phase in Sept 2020 as a core launch partner.

Launched TomoBridge in Spring 2020 to allow for ERC20 tokens on Ethereum to be wrapped for use in the TomoChain ecosystem. These tokens do not require TOMO. All gas fees are paid in the token itself. It is also fully integrated into TomoX DEXs so users login to the DEX, click Deposit/Withdraw and their native tokens are automagically wrapped/unwrapped in the background.

Bacoor, the owner of the largest Ethereum Wallet in Japan, moved their entire development to TomoChain. They have launched a social wallet called Pantograph (ranked the #1 Social Dapp by Dapp.com for several months), an NFT marketplace, and ported Dapps over to TomoChain.  Their plans are to aggressively grow the NFT side by partnering with major advertising agencies in Japan to produce both physical/digital items that are backed by the blockchain and can be used by the mass market without any blockchain knowledge. The first major initiative is launching in November/December.

Launched LuaSwap in September 2020. A multichain swap that takes inspiration from Uniswap/Sushiswap. It launched on Ethereum alongside our new TOMOE token, which is a wrapped version of TOMO on the Ethereum blockchain.  LuaSwap recently saw nearly $50M of liquidity locked.  We have added new pools including ones with $FRONT and $SUSHI, with new ones being launched each week based on community voting.  We plan to launch new versions of LuaSwap on TomoChain, BSC, and Solana in the months ahead.

Acquired Lition’s Blockchain Unit, in October 2020, a German-based entity that developed an Ethereum side-chain solution targeting the Energy sector in Europe. The acquisition included all blockchain-related assets, such as technology, human resources, treasury, and digital properties. Lition’s addition to TomoChain’s Enterprise division will enhance our capabilities targeting commercial enterprises and use cases. In addition to Lition’s current activities, we are positioning it for the financial services sector.

What are the benefits of using TomoChain as opposed to other scaling solutions?

Fast and Inexpensive: TomoChain is EVM compatible and operates at 2000 TPS/2 second blocktime, with near-zero fees.

Protocol Features for reducing friction: Layer 1 systems like TomoZ allow for tokens to operate without needing TOMO to pay gas fees. TomoX based DEXs allow users to have a place to trade and borrow/lend assets permissionlessly.

Geographic strength: Being in the heart of SEA making it much easier to onboard and work with projects local to our region

Customer Support: We work hand in hand with most projects to ensure a productive and positive experience. There is always a help desk and this is a reason why other businesses with existing customer bases have come to TomoChain

What can you tell us about the TomoChain product roadmap? What upcoming features are you most excited about rolling out?

Q4 2020 we will be upgrading our EVM version to continue to support the latest version of Solidity on Ethereum. This will allow for existing and new projects to be supported on TomoChain

Q1 2021 we will be launching LuaSwap on the TomoChain blockchain, and then explore other chains after.

Q1 2021 will see the launch of the third layer 1 protocol: TomoP. TomoP is the Privacy Suite, allowing for the fastest private sends in under 4 seconds. Beyond tokens, TomoP will include Dapp integration to allow for users to have purely private experiences when interacting with apps. This also enables improved use cases for enterprise-based applications due to transparency being one of their key concerns for utilizing a public blockchain-based setup.

What are the biggest challenges of building an Ethereum scalability solution?

From a technology perspective, it is always about developing a system and set of products that solves Ethereum’s pain points while adding in features that continue to enhance and differentiate our blockchain further.

From a business perspective, the story is only about driving further adoption and use cases through ecosystem partners that utilize TomoChain to benefit their businesses and their customers

Do you have any blockchain and/or crypto predictions for 2021 and beyond?

I think crypto space will be more mature in 2021, and DEFI will make a comeback in multiple public chains.

What are the biggest obstacles for mainstream adoption of crypto?

Friction. Users should be able to utilize blockchain technology without changing their behavior and having to educate themselves on the process for using it.  Blockchain should hide invisibly in the background, while users benefit from its permissionless features, enhanced security, and provable ownership of assets.

I don’t think I am a controversial figure, but I have an opinion that 90% of crypto participants don’t understand the crypto space, but that is actually alright in the end.

TomoZ goes live: a frictionless protocol for paying transaction fees in any token issued over TomoChain

TomoChain founder and CEO Long Vuong joined CryptoSlate for an interview to discuss how he is building a smart contract platform with high transaction throughput, low latency, and “near-zero” fees.