Iron Finance share token TITAN falls to near zero after trading at $65. 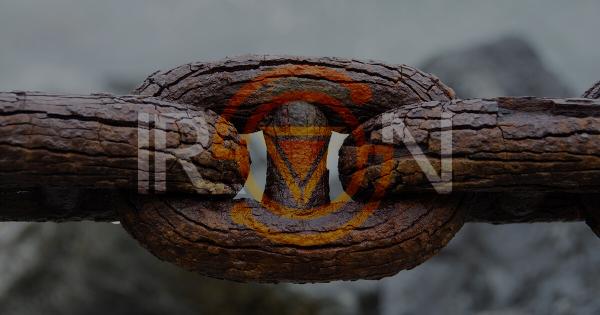 Iron Finance, a decentralized finance (DeFi) project that started migrating to Polygon network in May, saw its share token Iron Titanium (TITAN) hit the bottom, fast, plummeting over 99% in less than a day.

Iron Finance started to kick off their partially collateralized stablecoin IRON on the Polygon network and on the Binance Smart Chain. IRON is soft pegged to the US Dollar and, like other algorithmic stablecoins, stores collateral in order to back the token to 1 USD.

IRON’s collateral is based on two tokens, USD Coin (USDC) and TITAN token on the Polygon blockchain and Binance USD (BUSD) and STEEL token on the BSC blockchain.

Unlike USD Coin and Binance USD, which are fiat-backed stablecoins pegged to the U.S. dollar, algorithmic stablecoins are not uncommon to experience doomsday scenarios.

Holders offloading their TITAN tokens basically flooded the market with excess tokens (seemingly due to a possible exploit), causing the entire tokenomics system to crash as numerous users tried to withdraw their money at the same time in a fear that the protocol’s doomsday had arrived.

As TITAN began to plummet, the pegged value of IRON followed, triggering the stablecoin’s mechanism that mints TITAN and removes liquidity in an attempt to stabilize IRON to $1, resulting in an arbitrage opportunity in the difference in IRON and TITAN price.

Someone posted this on Telegram pic.twitter.com/lQTDPHztA8

Accelerated unloading of TITAN flooded the market with even more tokens and boosted the sell-off panic further, causing an even greater destabilization of the IRON stablecoin price.

The Dallas Mavericks owner, Mark Cuban, was a big bag holder of the share token TITAN and got hit in the bank run as well, while some speculate he was the one causing this drama in the first place.

I got hit like everyone else. Crazy part is I got out, thought they were increasing their TVL enough. Than Bam.

Iron Finance reacted by offering redemptions in USD Coin but users have to wait 12 hours for a time lock feature to pass before execution as they called out  “This project can go places.”