This venture capitalist’s $2.5 million investment in Coinbase turned into $4.6 billion

The crypto industry felt like a science fiction back in 2013, but some investors believed in it—and it paid off. 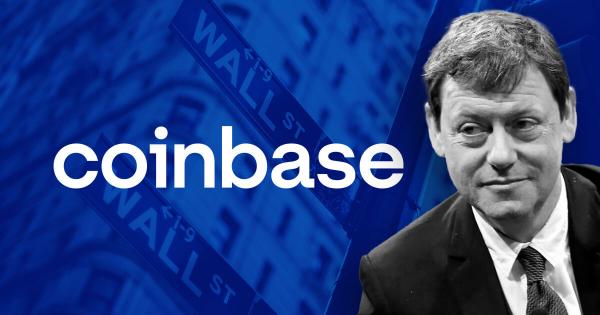 “We may be completely wrong, it may be a fantasy,” Wilson said shortly after he invested $2.5 million in Coinbase back in 2013. “It’s straight out of a sci-fi novel, but sci-fi novels are the best things you can read if you want to invest. It’s a gut bet.”

As CryptoSlate reported, Coinbase, the largest cryptocurrency exchange in the US, has gone public via a direct listing on Nasdaq on April 14. The listing became one of the most anticipated events in the crypto space, propelling the platform’s valuation to around $86 billion.

Simultaneously, this pushed the worth of Union Square’s $2.5 stake in the exchange to an astonishing $4.6 billion during the first trading day, and the venture firm sold 4.7 million of its Coinbase shares for $1.8 billion.

According to Wilson, “one of the hardest things in managing a venture capital portfolio is managing your big winners”—and he had a lot of them in his career. Apart from Coinbase, Union Square also invested in such successful platforms as Twitter (valued at $24 billion in 2013), online gaming company Zynga Inc.($7 billion IPO in 2011), and Tumblr (bought by Yahoo for $1.1 billion in 2013).

“Fred is driven by intellectual curiosity. He didn’t get involved for the money,” Zynga founder Mark Pincus said at the time. Notably, Wilson declined to be interviewed for Bloomberg’s article, arguing that he doesn’t “think investors should be the focus of attention when the entrepreneurs and management create all of the value.”

Per the report, Union Square’s investment philosophy is aimed at companies that “broaden access to knowledge, capital and well-being” as well as have strong active communities.

“Coinbase is at the center of this. Most venture capital firms deviate from their investment thesis. Union Square is very disciplined. They’re very smart about taking a trend and breaking it into components,” explained Angela Lee, chief innovation officer at Columbia Business School.

And so far, this discipline seems to be paying off quite well.

You can now trade Coinbase (COIN) options on the NASDAQ