"Derisking" conducted by international banks often results in island communities getting cut off from financial systems—but Bitcoin can solve this. 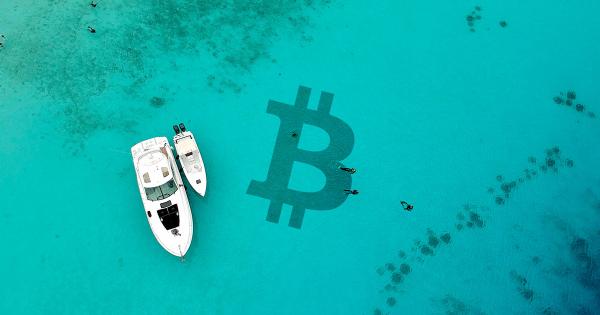 In the near future, development company One Bequia is planning to build 39 luxury villas here, touting itself as “the only real estate development in the Caribbean to accept Bitcoin.” However, the adoption of cryptocurrencies is more of a necessity for small island communities rather than idle curiosity.

“The adoption of cryptocurrency is far from a gimmick,” said Storm Gonsalves, head of the One Bequia project, adding, “It’s a response to the very real challenges faced by island communities increasingly cut-off from mainstream banking facilities.”

A new property development on a small, idyllic island in the Caribbean is helping to put it on the map.

Everything – from your weekly groceries to the roof over your head – can be paid for in Bitcoin in this new community on Bequia ?https://t.co/3aTaNhXNjm

He explained that small island nations are often finding themselves effectively cut off from international payment networks as a result of “derisking” conducted by major banks.

“This prevents the island-based banks from transacting internationally. If this trend continues, it means small island nations will be essentially cut off from international trade and commerce. For tourism-based economies, this will be devastating,” Gonsalves noted.

Becoming your own bank

To remedy this situation, the developers aim to create an ecosystem where everything—from groceries and restaurants to cinema tickets—can be paid for with Bitcoin. Since crypto transactions don’t require any intermediary banking services and rely purely on the Internet connection, they have naturally become the payment method of choice for islanders.

“This has pushed many Caribbean island nations to adopt blockchain and other cryptocurrencies a lot faster than other more developed nations. Bermuda, Bahamas, Barbados, and now St. Vincent are leading the way in this regard,” Gonsalves explained.

However, not everyone understands the advantage of cryptocurrencies and people are still skeptical, he added, but for many residents and visitors of Bequia Bitcoin is more than just a financial instrument—it’s a philosophy.