A London-based Bitcoin wallet company is reportedly considering a public listing in the UK in the coming months, according to British news outlet Telegraph. 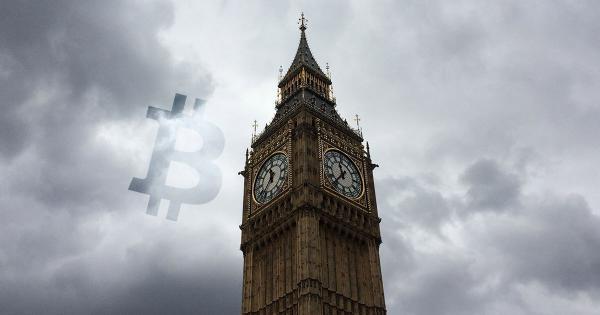 A London-based Bitcoin wallet company is reportedly considering a public listing in the UK in the coming months, according to British news outlet Telegraph.

Weeks after a new Bitcoin exchange-traded fund (ETF) was approved to trade in Europe, a Bitcoin-centric company is plotting out a public offering of its own.

Mode Banking, based in London and providing banking support for British pounds, US dollars, and Bitcoin, is reportedly in talks with regulators to file a £40 million stock listing on the UK equity markets.

Great profile piece in @TheTelegraph__ this morning, highlighting Mode’s ambitions following our group rebrand. The best is yet to come! Stay tuned.https://t.co/k4iYM4jcrh

The platform is available to users globally, except in the US. A Mode account can be opened in less than 60 seconds, with Know Your Customer requirements completed in less than two minutes through AI-enabled identity verification technology. Once users are whitelisted, depositing GBP via bank transfer and buying Bitcoin takes seconds.

Mode said its launch came after immense demand for digital currencies among the general public, and research suggested most crypto users were “unhappy” with the types of platforms and services on offer.

At the time, the firm cited an independent survey that found over 42% of people who currently own Bitcoin plan to buy more, whereas 51% of people surveyed indicated they may buy Bitcoin soon. Only a small fraction of respondents, around 7%, said they have no intention of currently buying the digital asset, as per the research.

BitGo to serve as Bitcoin custodian

Meanwhile, all customer assets on Mode will be held on custodial provider BitGo, which itself boasts insurance coverage for up to $100 million through Lloyds of London.

BitGo provides institutional clients with security, custody, and liquidity solutions. BitGo processes over 20% of all global Bitcoin transactions and the company’s client base spans more than 50 countries – including some of the world’s largest cryptocurrency exchanges.

Through BitGo, Mode users will have their own highly secured, individual Bitcoin accounts with full, round-the-clock access to their holdings. Assets will be held collectively across cold, warm, and hot wallets.

Behind Mode Banking is Jonathan Rowland, who previously founded online investment company Jellyworks in 2000, around the time when the infamous internet boom took place.

Jellyworks was listed on the London Stock Exchange and soared to over $300 million on its first day, before the hype gradually died down and brought the stock back to $67 million. The firm was later acquired by investment bank Shore Capital for £60 million in 2002.