This 19th-century playing card company is launching an NFT collection 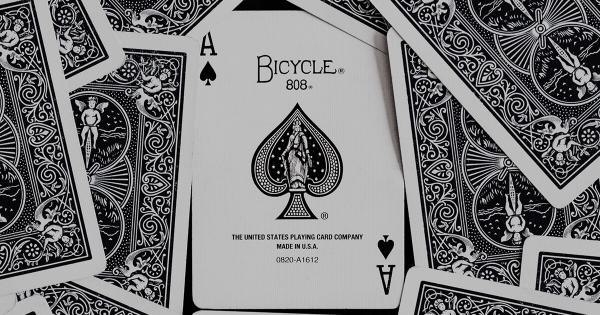 Photo by Aditya Chinchure on Unsplash

Who would believe that a company established in 1885 would get into the blockchain space? The playing cards manufacturer Bicycle has launched its first NFT collection named “Genesis Collection” on the NFT marketplace Kolectiv on December 9th.

“At Bicycle, we’re a heritage brand that has been at the forefront of playing cards for over 135 years and this NFT launch marks a special moment in our history where we’re bridging the gap between tradition and innovation,” said Stefaan Merckx, the CEO of Cartamundi.

The artist behind the Genesis Collection was Adrian Valenzuela with a uniquely innovative design. The first part of the drop of the Bicycle cards will be from 10 up to Aces (e.g. 10, J, Q, K, Ace) divided into groups in different days, and the Jokers will drop randomly with a total of 24 NFT cards, according to Bicycle’s Twitter account. This first drop is named as the “Unique Collection” of the Genesis Collection.

As of December 10th, the cards from 10 to Ace of spades are available on the NFT marketplace Kolective, with 0.5 ETH as the starting bid, as referenced below:

According to Bicycle, this collection will get you benefits like getting access to exclusive events, presales, and whitelists of future Bicycle’s NFT drops, like a Bicycle’s special membership program. They also said that the main benefits will come from the primary sales and not from the secondary sales on secondary markets.

What will happen on December 16?

On December 16th, the other part of the Genesis Collection will execute, Bicycle will drop 8,008 items for sale, having each NFT a different animated card tuck case. This second part of the collection is called the “Main Collection”. Each item will cost 0.08 ETH, and you will have the alternative to pay in USD using the Shopify plug-in.

“The NFT launch demonstrates how Bicycle is leading the way for others as we continue to innovate and, in addition to introducing new tools that make our cards more digital and accessible, segue into a new era targeting younger generations,” said Ann Viaene, Bicycle’s CMO.

With Bicycle stepping into the NFT world, they joined companies like Adidas and Ubisoft as the newcomers in the NFT space.

We are getting into the final days of the year, it has been a pretty good year in the blockchain space, it will be remembered as one of the NFTs’ early years of adoption, and we hope to see many other 19th century companies joining the NFT world in the future.