There were more than 100 million tweets mentioning Bitcoin in 2021

This is the most attention on Twitter that Bitcoin has received in its history. 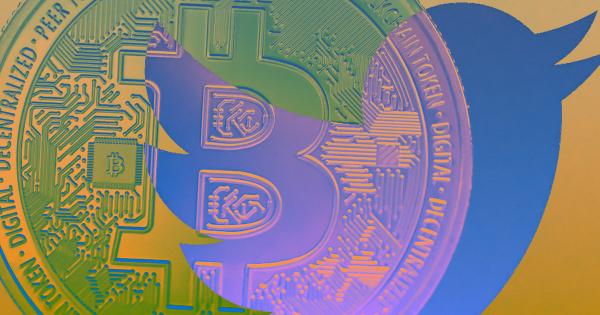 The intense bull run Bitcoin experienced this year pushed more than just its price up. As the world’s largest cryptocurrency inched closer to its all-time high, the eyes of the entire world seemed pointed at Bitcoin.

This is most evident when analyzing social media posts, which show that there has been a huge increase in the amount of attention it got from the public this year.

According to data from analytics company Visibrain, there were 101 million tweets containing the word “bitcoin” in 2021.

This represents an increase of 350% from the volume recorded in 2020.

The sharp increase in the amount of social media attention Bitcoin has gotten over the past year could be explained by the increase in the number of people becoming aware of crypto in general. However, the huge movements in the market could also be a major factor contributing to this. Every month this year, the crypto industry was hit by major news that swayed Bitcoin’s price significantly. At the beginning of February, social media was ablaze with mentions of Tesla’s $1.5 billion BTC purchase. In March, the company announced it would accept Bitcoin as payment, causing another spike in mentions.

The summer was marked with El Salvador’s push to introduce Bitcoin as a legal tender, which generated the same amount of media attention as the passing of the law in September.

Op-Ed: The fallacies of the Bitcoin energy debate

An increasingly common critique of crypto is the notion that Bitcoin mining accelerates climate change. This claim is inaccurate. 4 min read

What might Intel’s low-voltage Bitcoin mining chip mean for the future?

Intel will present its new Bitcoin ASIC chip next month, will this solve the energy consumption problem of Proof-of-Work mining? 2 min read

While Bitcoin posted huge returns when compared to TradFi, it significantly underperformed the rest of the crypto market. 4 min read