The creator of the world's first digital currency talked to CryptoSlate about the dangers of quantum computers, decentralization, and the future of privacy-preserving technologies. 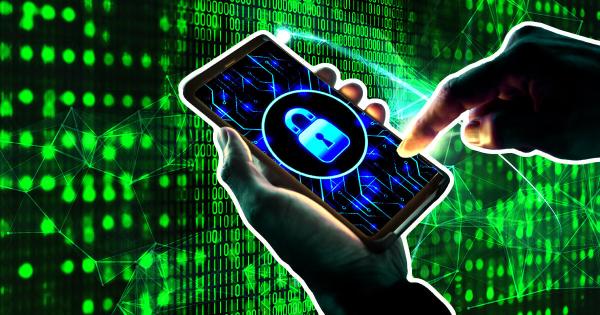 “The choice between keeping information in the hands of individuals or of organizations is being made each time any government or business decides to automate another set of transactions.

In one direction lies unprecedented scrutiny and control of people’s lives, in the other, secure parity between individuals and organizations.

The shape of society in the next century may depend on which approach predominates.”

While perfectly describing the state of privacy in 2022, these words are actually taken from the conclusion of a 1992 Scientific American article written by David Chaum. An American computer scientist and cryptographer, Chaum is widely recognized as a cryptography pioneer having first proposed a solution to creating a blockchain protocol in 1982.

He earned his moniker as the “godfather of cryptocurrency” in the industry’s early days, as his doctoral dissertation proposed all but one element of the blockchain protocol detailed in the Bitcoin whitepaper.

The majority of Chaum’s work turned out to be a harbinger of things to come. In 2022, most of the world’s information networks have placed their users’ data in the hands of organizations rather than the individuals it gathered it from.

And while there’s still time before a critical level of mistrust in these organizations is achieved, the confidence in alternatives has never been higher.

Fighting the battles of the future with the xx network

Blockchain and other privacy-preserving technologies paving the way for Web3 have become the focus of extensive research efforts and adopted by governments and enterprises across multiple industries.

However, no matter how safe and efficient these networks are, they all have a critical failing point — none of them are resistant to quantum computing.

Chaum believes that those that dismiss the dangers of quantum computers and their ability to crack even the most advanced cryptography fail to realize that the technology isn’t science fiction — it’s just around the corner.

“In the last few months alone, India has invested $1 billion in quantum computing and Israel has announced its intention to develop its own quantum computer for ‘strategic capabilities,'” Chaum told CryptoSlate. “The Russian government started investing in 2020, and the UK has invested over $1 billion since 2013. There is a secret arms race happening which puts almost all blockchains at risk.”

Some reports estimate that we could have as many as two to five thousand quantum computers active across the globe by 2030. Chaum believes that these are realistic assessments and adds that it will be at least a decade before quantum computing becomes mainstream.

However, it doesn’t have to be mainstream to pose a threat.

“The U.S. or Chinese government, for example, won’t be shouting their progress from the rooftops. All they need is one powerful enough system to threaten our privacy, security, digital sovereignty — and yes — your crypto wallet, too.

There’s a good chance that when we do fully enter the quantum-computing era, we won’t know about it for a while.”

Chaum truly believes that the quantum future is coming. In some sense, he said, it’s already here.

That’s why he and his team decided to launch the xx network, a new type of quantum-resistant, future-proof blockchain platform designed to tackle the problems of decentralization and security we face today.

The xx network consists of five major components — blockchain, nodes, governance, currency, and communication — designed to offer a secure and protected digital sphere. The xx blockchain is the base decentralization mechanism of the network, allowing the independently operated nodes to verify the execution of transactions and other network operations publicly.

To further advance the platform’s security, it uses a new consensus protocol developed by Chaum and his team. Called the xx consensus, the protocol is based on the byzantine fault-tolerant (BFT) family of protocols and is able to achieve linear scalability.

However, it is different from other BFT-based protocols because of its quantum resistance, high transaction throughput, and the ability to remain secure even if up to a third of the network is compromised or goes offline.

Chaum hopes that platforms with this level of security will become common soon.

“I think as developers wake up to the threat of quantum computing, protocols like ours will have to become standard. Users don’t want blockchains that are vulnerable. The market capitalization of cryptocurrencies is mind-bogglingly huge, the idea of most of that value disappearing in a moment will definitely focus minds.”

The three decades of cryptography behind the xx messenger

But it’s not just the loss of monetary value that the xx network wants to protect its users from — it’s the loss of privacy, as well.

One of the five key components of the xx network is a communication layer brought to life through Chaum’s flagship product called the xx messenger.

The xx messenger isn’t the only privacy-focused messaging app on the market, but it’s the only one that leverages a protocol as unique as xx consensus.

“What the xx messenger does is leverage a unique protocol to shred your metadata: who the message is from, who you’re sending the message to, when it was sent etc. Sure, the contents of the message is encrypted on other apps, but everything else about that communication is available for the proprietor to see.

Other messengers keep this information because it has significant commercial value. We don’t know anything about our users, and that’s the way it should stay.”

Chaum says that metadata shredding is imperative for secure communication. Even if the content of the messages is hidden through end-to-end encryption, the platform can still access the metadata of its users.

“Governments and corporations can use metadata to gather an intimate picture of your life,” Chaum explained. “Mark Zuckerberg, who has recently been touting Facebook and WhatsApps end-to-end encryption, still keeps your metadata.

Why? Because it’s valuable. Why is it valuable? Because it contains an incredible amount of information about you, and advertisers, governments and businesses want it.”

Aside from metadata shredding, the xx messenger also leverages mix networks, a technology Chaum pioneered in the early 1980s that paved the way for major cryptographical innovations such as Tor. Mix networks take data from multiple senders, shuffle it, and send it back out in a random order to the next destination or node. That makes it incredibly difficult or impossible for a third party to discover who the sender and receiver are.

“Other mixnet designs often use public key operations, which delay transmission times. But by using precomputation, we can significantly reduce the computing power and processing time. This technique means that any modern smartphone is able to run a completely private messenger with a truly low-latency experience.”

What lies ahead for Web3

The xx network is Chaum’s attempt to contribute to the fight for a better Web3 world. And while he’s pretty optimistic that quantum-resistant technologies like the ones leveraged by the xx network will become the norm, he’s still assessing the worst-case scenario for the industry.

He believes that the goal of the Web3 movement is to reverse the centralizing force of Web2 corporations.

“What we don’t want is faux-decentralization to become the norm, a middle path where new companies and dApps built on the blockchain retain a semi-centralized model, with proprietors holding significant amounts of control indefinitely.”

However, Chaum also believes that people are becoming increasingly aware of the downsides of Web2, so the market for an alternative solution is vast.

“Every time you centralize power and information, people lose and democracy loses. So, the potential for blockchains to help address this general problem is profound.”