Immutability and difficult-to-solve algorithms are the main attractions for cryptocurrencies like Bitcoin apart from potentially creating a new financial system. 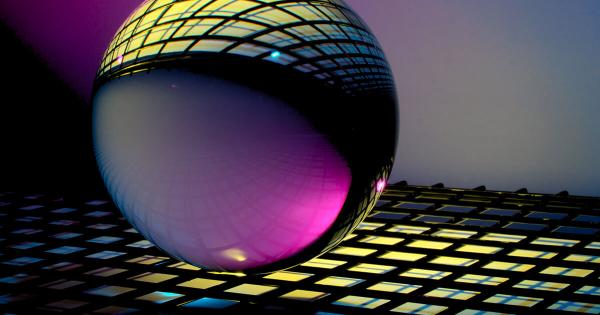 Immutability and difficult-to-solve algorithms are the main attractions for cryptocurrencies like Bitcoin apart from potentially creating a new financial system. However, recent research suggests the underlying technology may not be as resilient as perceived.

On July 16, 2018, academic outlet The Conversation highlighted a method utilizing powerful quantum computers to decipher Bitcoin’s algorithms with ease. For the uninitiated, Bitcoin transactions are conducted after miners solve a series of encrypted puzzles stored on its blockchain. However, the difficulty has significantly increased over the years, and current computer systems are not powerful enough.

While traditional banking systems have stringent rules in place with regards to authenticating the sender and recipient, cryptocurrency transactions are pseudo-anonymous and rely on solving algorithms, or mine, the stored funds.

A notable element of the transactional process is electronically-generated signatures, a set of elliptic curves which ensure access is limited to users possessing a public key.

While traditional computers cannot compute a user’s sensitive signatures, quantum computers could potentially solve them with efficiency – as they utilize mechanical interactions between two datasets instead of using digital information for calculations.

As observed by the report, the fast-evolving quantum computing sector effectively works towards solving the algorithms predominantly used by the relatively outdated cryptography industry – over which Bitcoin is primarily based on.

As per Bitcoin’s whitepaper, the pioneer cryptocurrency’s public keys were meant to be viewed by the network only when a transaction was requested. This entails a short period for an attacker to view the public key and deploy a quantum computer for nefarious intentions.

However, several public keys are stored on the blockchain, eliminating the time constraint for quantum computer-armed attackers. Thus, “a third of the Bitcoin market capital, or several tens of billions of dollars” are facing an unprecedented outrage.

Given the pessimist conclusion, it easy to ascertain a negative outlook of Bitcoin in the long term. However, the report notes quantum computers are currently not powerful enough to lead to a blockchain crisis, stating:

“It is fair to assume that we are safe for at least the next ten years.”

Meanwhile, researchers must understand these implications far before an attack takes place and develop the relevant mechanism to supersede elliptic curve cryptography, the protocol susceptible to quantum computers.

In conclusion, the report noted that several cryptocurrency projects have considered this aspect and are considering the threat from quantum computers in their development. Thus, even if Bitcoin developers fail to evolve, the cryptocurrency ecosystem will “certainly live on.”