The Cryptocurrency Tradeoff: How Decentralization, Privacy, and Throughput are Crypto’s Major Pain Points 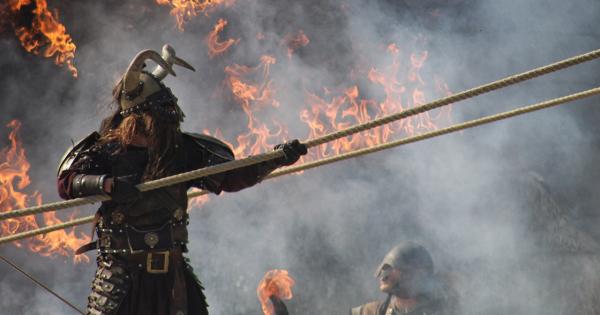 Photo by Victor B. on Unsplash

Ten years after the launch of Bitcoin in 2008, the world is yet to witness the widespread adoption of cryptocurrencies as an accepted form of payment – even in concentrated geographics.

Diving into the cryptocurrency market a bit deeper displays shortcomings beyond those mentioned above; which include usability issues, compliance roadblocks, and scalability fallacies, as Forbes highlights.

Despite countless hours spent by blockchain developers around the globe, the zealousness of cryptocurrency investors felt towards the end of 2017 has all but died down, and the market sentiment begs the question: When is the quintessential “killer app” of blockchain and cryptocurrencies coming out?

Ask any entrepreneur from the traditional markets, and they are sure to place customer satisfaction, user experience, and robust customer support alongside a reliable product as the bedrock of a sustainable business.

However, the core ethos of the decentralized world limits a singular voice from guiding a visionary application, or in this case a dApp, from being propagated as a strong alternative to currently-used applications in the global market. The fallacy forms one of the biggest roadblocks to building a truly decentralized system, and even the famed consensus mechanisms–decision-making votes from a blockchain network’s users–fails to address critical decisions for a dApp’s longevity.

Much of the cryptocurrency market has been propelled with a mere whitepaper and ideas on a virtual blackboard–with no mention of the steps a team will take to tackle legal concerns, token liquidity, and even public awareness.

While much of the sector’s painstakingly slow growth can be attributed to a lack of regulations, extensive scams, and an absence of information among the general public, the blockchain ecosystem faces three tradeoffs.

Unlike the traditional markets, a blockchain entrepreneur or dApp developer faces three fundamental tradeoffs presenting an obstacle for making a distributed system the next “killer app;” decentralization, data throughput, and privacy. Developers need to prioritize, allocate, and optimize the three for ensuring a consumer need is adequately addressed.

However, here’s where the problem lies. A perfect mix of the three factors may look doable on paper but is extremely difficult to execute in reality. Consider Bitcoin, the pioneer cryptocurrency, which operates on an intensive proof-of-work system controlled by tens of thousands of miners around the world.

Despite the sheer computation power, Bitcoin’s throughput is capped at a mere seven transactions per second. In comparison, payment processor VISA conducts seven transactions every millisecond, a thousandth of the time taken by the former.

The lack of speed is for the network to ensure trustworthiness without a centralized party. Each block of transactions is cryptographically linked as well as linked to every node at ten-minute intervals. In case the transaction speed is sped up and confirmed by lesser miners on the network, a divergence amongst all nodes is reached that leads to questions about which chain is legitimate and could subsequently lead to a split, or a fork in the network.

If the tradeoff between transactional speed and trustworthiness is addressed as Ripple Labs did with its XRP tokens–whose throughput is clocked at 1,500 transactions per second–the tradeoff of centralization is presented to network participants.

For just Bitcoin, all efforts to speed up throughout include some degree of centralization. Aside from Segregated Witness–which packs more data into a single block–proposals for increasing confirmation times compromise on decentralization. Even the famed Lighting Network operates on an “off-chain” methodology that, strictly speaking, does not utilize the security of the Bitcoin network.

Let’s move on to commercial blockchains led by ambitious teams and self-styled industry leaders evangelizing permissioned blockchains and consortiums. Such purpose-built, highly-specific networks are built on top of open source technology from centralized institutions such as R3 and IBM-led Hyperledger.

However, only vetted parties can participate in such networks, and while they tradeoff PoW mechanisms to provide high throughput, the aspects of privacy and decentralized are compromised substantially.

While R3 offers non-blockchain data structures to hide transactions and address privacy, governments and regulators can legally view all transactions if they ask, as is embedded in the company’s fine print.

With all the points as mentioned above in mind, it seems unlikely to see a genuinely decentralized product, at least in the near-term, proving to be serious competition to centralized, CEO-guided teams working towards a common, yet dynamic, vision for their product.

All the teething issues aside, blockchain-based platforms, procedures, and distributed technologies will continue to dominate the so-called “Fourth Industrial Revolution,” while incrementally addressing each of the tradeoffs.

Protocol upgrades like Ethereum’s Sharding and Zcash’s Sapling are close to finding a sweet spot in this regard but are likely to face a contradiction from a lack of user-friendly interface and use case outlets if not guided adequately from the helm.

However, this is not to say the cryptocurrency market is not evolving daily. Instead, it is facing much of the issues associated with the rise of a promising industry, and timely tackling all shortcomings could determine if the industry gains prominence for the years to come or turns out a fad that faded like e-books.

Privacy cryptocurrency Zcash received a hash rate boost on September 30 with a 13 percent rise ahead of its much-awaited Sapling protocol upgrade.

Ethereum mastermind Vitalik Buterin released a new proof of concept that demonstrates how the sharding scalability solution can be “bolted on” to the Ethereum main chain.