Ethereum mastermind Vitalik Buterin released a new proof of concept that demonstrates how the sharding scalability solution can be “bolted on” to the Ethereum main chain. 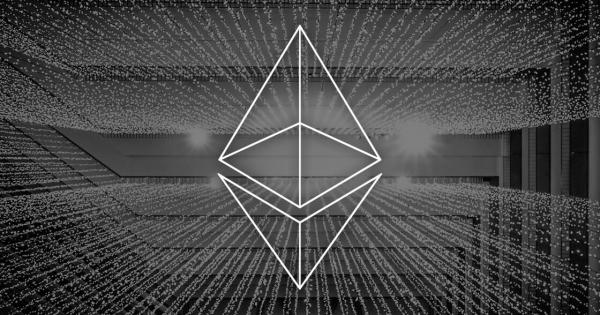 Photo by Joshua Sortino on Unsplash

Ethereum mastermind Vitalik Buterin released a new proof of concept that demonstrates how the sharding scalability solution can be “bolted on” to the Ethereum main chain. The demonstration follows a recent “minimal sharding protocol” initiative from the Ethereum cofounder that aims to dramatically enhance the transaction throughput and scalability of the Ethereum blockchain.

The number of Ethereum transactions has dramatically increased over the last several years, which has caused transaction fees to rise accordingly. The concept of sharding involves splitting the Ethereum blockchain into potentially myriad smaller sections that are able to process transactions in a parallel manner, thereby speeding up transaction throughput and capacity.

The integration of the sharding scaling solution appears to have kicked into high gear over the last month, with Buterin announcing a “minimal sharding protocol” as a new development target earlier this month.

The minimal sharding protocol can be interpreted as analogous to a “minimum viable product” in the software development industry. The protocol isn’t intended to function as a full implementation of sharding on the Ethereum blockchain but instead allows developers to build and test infrastructure using elements of the sharding solution.

A more recent update published by Buterin on the 29th of April outlines cross-linking as a solution to complement the implementation of the minimal sharding specification, speeding up shard collation. This solution is designed to link the Ethereum main chain with shard chains — shard chains process a given percentage of transactions in parallel to each other, then link together.

In a basic shard model, linkages can be performed in a simple straight line dependency. This method, according to Buterin, could potentially impede shard collation time. Chain cross-linking, Buterin’s proposed solution, would ensure that shard collations are processed within the time between when they are included into the main chain, and when the next period begins.

Buterin is quick to point out, however, that sharding specifications are still very much a work in progress:

I would not say the spec is finalized at this point, though the "bag of ideas" is IMO pretty well-established. The latest research consists of combining together existing ideas about scaling and latency (ie. block time) reduction.

The Future of Ethereum Scalability

While sharding is still under active development, the rapid-fire rate of updates from Buterin and the Ethereum dev community is a key sign that ongoing scalability issues may soon be solved. In addition to the latest updates on sharding, Buterin recently presented a new scaling solution for Ethereum smart contract project Plasma at the Ethereum Community Conference in Paris on the 9th of March.

With the code for Ethereum’s upcoming consensus change from Proof of Work to Proof of Stake now complete and submitted as Ethereum improvement proposal (EIP) 1011, or Hybrid Casper FFG, the Ethereum network is primed for a major upgrade in the very near future.