Band Protocol (BAND) has been seeing tremendous growth throughout the past few months, which has been reflected in its soaring price. 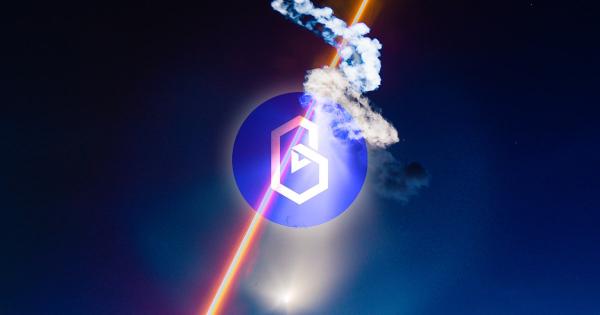 Band Protocol (BAND) has been seeing tremendous growth throughout the past few months, which has been reflected in its soaring price.

The latest integration secured by the protocol is with blockchain platform Elrond, which will now be using Band oracles to provide data streams and scalability to the ecosystem.

The goal of their partnership is to make decentralized applications existing within the Elron ecosystem as reliable and secure as possible, and the two projects’ teams are now working closely to complete the BandChain bridge implementation.

As it continues securing more integrations, its price will likely continue climbing higher.

Per a recent Medium post from Band Protocol, the company announced the newly secured integration with Elrond.

In addition to helping increase the efficiency and scalability of applications within the Elrond ecosystem, Band Protocol’s oracle network will also help accelerate wider adoption of decentralized finance – according to Elrond CEO Beniamin Mincu.

“Cross-chain data availability will accelerate DeFi and wider decentralized applications being built on Elrond, while off-chain data will open the door for a multitude of potent business applications.”

He further explained that the Elrond team was impressed by the capabilities and functionality of Band’s developer-friendly oracles, making it the “obvious oracle solution” for the blockchain’s developer team.

“We’re impressed by the capabilities of the Band Protocol team as well as the increased security and scalability of their oracles — making it an obvious oracle solution for Elrond developers who are building with focus on scalability.”

BAND has been one of the best performing DeFi-related tokens throughout 2020, posting massive gains and securing a market capitalization of over $110 million.

Because it has reached the point where its utility and utilization are vital for future growth, investors are reacting positively to all news regarding new oracle integrations.

At the time of writing, BAND is trading up roughly 14 percent at its current price of $5.58. This marks a massive climb from weekly lows of $3.60 that were set during the market-wide selloff on Saturday.

For Band Protocol to maintain its upwards trajectory, it is imperative that the oracle network continues incurring more integrations and that the entire DeFi space continues seeing massive growth.

On Aug. 6, Coinbase announced BAND would be added to Coinbase Pro, further propelling the token upward another 40 percent.