At a time when NFTs are as divisive as ever, GameStop in partnership with Immutable X are going all in on non-fungibles. 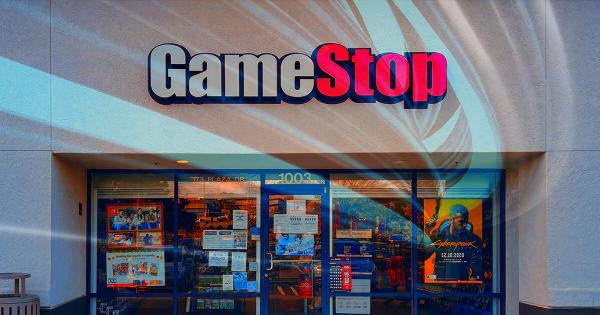 In conjunction with Immutable X, GameStop is footing $100 million to create an NFT marketplace.

Rumors of this happening were first suggested in October 2021, when eagle-eyed observers noted some amended code in a Loopring Github commit.

Although it drew little attention at the time, now the plans have been confirmed, critics are circling to vent their disapproval. They label the move “desperate,” and an ill-fated attempt to stay relevant.

Regardless of that, NFT gaming is on the rise. Research conducted by the Blockchain Gaming Alliance showed NFT games generated revenue of $2.32 billion in Q3 2021. This accounted for 22% of all NFT trading volume in the quarter.

The co-founder of OneRare, Supreet Raju, said this is not an extension of gaming. Instead, it’s a disruption that will redefine the entire gaming industry.

As more people buy games online, game retailers are increasingly feeling the pinch. In a bid to diversify its business model and avoid being the next Blockbuster Video, GameStop is branching out into NFTs.

A press release posted on Thursday gave details of their plans. The firm is creating a $100 million fund to bankroll “creators of NFT content and technology.”  Applications for grant funding can be made here.

It also mentioned partnering with Immutable X to develop an NFT marketplace, which will go live later this year.

“The partnership establishes an up to $100 million fund in Immutable X’s IMX tokens, which the parties intend to use for grants to creators of non-fungible token (“NFT”) content and technology.”

Immutable X is an Ethereum layer 2 protocol. Although Ethereum gets stick for being expensive to use and damaging to the environment, Immutable X says using their chain is instant, zero cost, and carbon neutral.

Is this a wise move?

Despite the potential of the project, not everyone is convinced GameStop can make a success of it.

In a scathing piece on the matter, Forbes said NFTs and blockchain are just another fad. The author doubles down by citing an industry survey in which the majority of devs said they were uninterested in NFTs and cryptocurrency as a payment method.

There has been growing concern among gamers that non-fungibles are being used to exploit revenue in recent times. In turn, gaming becomes less about fun and more about investment opportunities.

The backlash has forced a number of software houses, including Ubisoft, Sega, and EA, to reconsider their NFT plans.

With that, is it too little too late for GameStop, or can they somehow pull this off?