Gamers say no to NFTs leading Sega to think twice

The backlash against gaming NFTs is forcing Sega to reconsider its position on them. 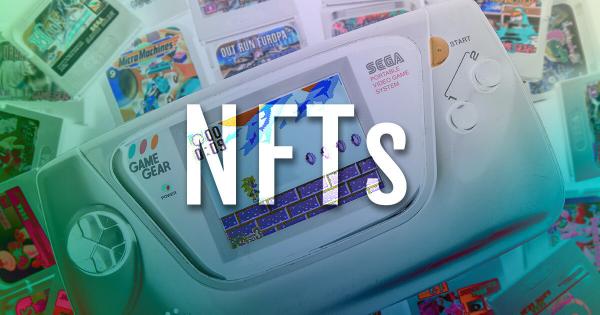 Acclaimed video game maker Sega may not introduce NFTs over concerns they are a money-making scheme.

Although some see gaming NFTs as an ideal use case for blockchain and cryptocurrency, gamers are starting to question the drive behind their proliferation.

Skepticism over NFTs is nothing new, as typified by the reaction to the price of in-demand NFT artwork. While gaming NFTs at least offer in-game utility, the same cynism is still there for some.

Why are gamers saying no to NFTs?

In a recent video, YouTuber YongYea told his 1.17 million subs that the gaming industry is working hard to “normalize NFTs.” But this, he says, is being done without justifying how and why it will benefit gamers.

“Numerous game companies have already expressed their desire to normalize NFTs and have to provide any sort of good reason, explanation, example, as to how this would revolutionize gaming…”

He criticizes the push towards Play-2-Earn, in which games become less about fun and escapism, and more about “an investment opportunity” that publishers can exploit for revenue.

Sega hears the pushback. In a recent management meeting, Sega CEO Haruki Satomi said his firm is interested in experimenting with NFTs. But, at the same time, Satomi acknowledged the negative sentiment surrounding them.

He expressed caution on how Sega should proceed with the matter, citing a need to appease regulators and in determining users’ acceptable limits.

“We need to carefully assess many things such as how we can mitigate the negative elements, how much we can introduce this within the Japanese regulation, what will be accepted and what will not be by the users.”

Satomi said if it’s decided NFTs offer gamers no tangible benefits, he will not implement them in Sega’s offerings.

When it comes to impacting the mainstream, NFTs stand head and shoulders above anything else crypto-related.

In part, this is because NFTs can be a song, a film, an in-game item. Indeed, non-fungibles can tokenize and represent anything in the real world. This gives them a much wider sphere of influence than, say, DeFi, which “no-coiners” would tend to view as exclusively crypto.

Although Linkin Park lead singer Mike Shinoda is not known as an authority on the matter, the NME still published a piece about his take on gaming NFTs.

Shinoda said the term has become synonymous with taking advantage of gamers. Addressing publishers, he stressed the importance of giving, not taking.

“Gamers don’t trust the devs. They see ‘NFT’ and think ‘this is another way to squeeze a dollar out of us.’ The games that win will be the ones who GIVE to the community, not TAKE.”

Further echoing YongYea’s position, Shinoda added that fun should be the main priority.