If the recipient of a United States stimulus payment in April invested the check into Bitcoin, the check would now be worth $6,495. 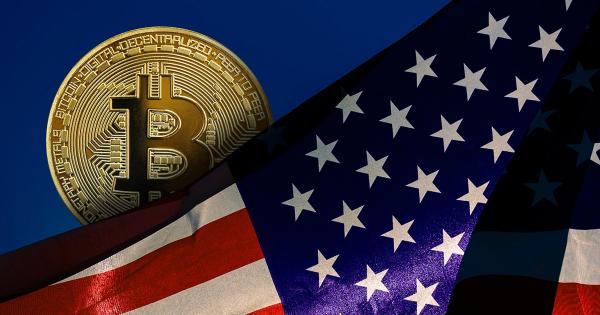 Photo by Steve Harvey on Unsplash

If the recipient of a U.S. stimulus payment in April invested the check into Bitcoin, the check would now be worth $6,495.

Since April, in merely nine months, the price of Bitcoin has rallied 441%, posting one of its strongest rallies in recent history.

Bitcoin has been rallying ever since central banks globally have begun to aggressively inject capital into the financial market.

Central banks have been trying to alleviate the pressure from both financial institutions and investors. As a result, concerns regarding inflation have intensified, leading gold and Bitcoin to appear more attractive to investors.

Dan Tapiero, the co-founder of 10T Holdings, said that U.S. Twin Deficits fell to the worst level in 40 years. With interest rates unable to rise, Tapiero said that this is the perfect backdrop for gold and Bitcoin. He said:

“Most important macro chart of the month. Bernnnie takes over budget with total deficit worst in 40 years. Interest rates cannot rise with massive debt load. #Dollar bear market must continue or #equities will suffer. Perfect backdrop for #gold and #Bitcoin.”

The interest in Bitcoin and decentralized systems has also increased following the recent controversy at U.S. Capitol.

“The reason I have so much passion for #Bitcoin is largely because of the model it demonstrates: a foundational internet technology that is not controlled or influenced by any single individual or entity. This is what the internet wants to be, and over time, more of it will be.”

The combination of the improving perception of Bitcoin as a store of value and the overall interest in decentralized services is causing the value of BTC to rise.

What happens after another stimulus package?

If the U.S. sees another stimulus package in the foreseeable future, it would likely act as a major catalyst for BTC.

Similar to stocks, retail investors are generally compelled by Bitcoin and the derivatives market.

BTC is significantly more volatile than most major stocks, which could make it attractive for retail traders.

In the near term, traders and analysts are generally optimistic about the short-term trajectory of Bitcoin.

Scott Melker, a cryptocurrency trader, said that a break above $36,000 would likely result in a new all-time high. That level has since broke convincingly, as BTC rose above $38,000. Melker wrote before the rally:

“Ascending triangle, at resistance. A break through the top line should send this back to the all time high. Would also be a local higher high after making higher lows. Watching closely.”