The stablecoin sector has been seeing tremendous growth throughout the past year. 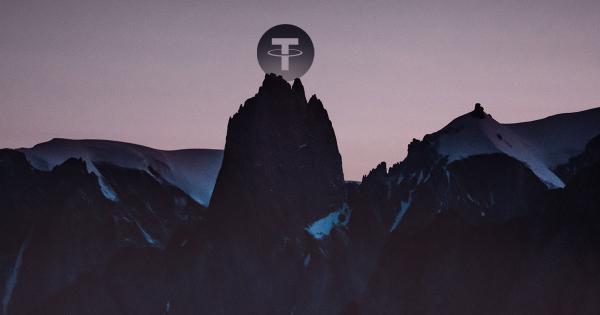 The stablecoin sector has been seeing tremendous growth throughout the past year. This has led Tether’s daily transaction value to nearly flip that of Bitcoin.

The growth this fragment of the crypto market has seen is rooted in the global flight towards the U.S. Dollar – which is widely considered a “safe-haven” currency – as well as the ongoing DeFi boom.

This has driven massive inflows into the monetary base of the stablecoin market, which is now worth over $12 billion.

Despite there being many competitors and significant controversy, Tether (USDT) still has firm dominance over its peers, also becoming the first stablecoin to build a market cap of over $10 billion.

Stablecoin sector sees massive growth in the first half of 2020

The first couple of months in 2020 were quite slow for stablecoins, as investors were keen on capturing the upside seen by Bitcoin and most of its smaller counterparts.

Once the benchmark cryptocurrency began flashing signs of weakness after its $10,500 rejection, however, rattled investors fled to stablecoins.

The growth these tokens saw was further perpetuated by fears of an economic decline. These fears reached a boiling point when the stock market and crypto market cratered in tandem, with this decline leading Bitcoin to lows of $3,800.

From here, the growth of the DeFi ecosystem and continued fears regarding global economic turmoil has fueled stablecoins’ continued rise.

Ryan Watkins, a researcher at Messari, explained in a recent post that the growth these tokens saw in Q1 and Q2 has allowed their aggregated market cap to briefly surpass $12 billion.

According to CryptoSlate’s proprietary data, the aggregated stablecoin ecosystem now has a market capitalization of $11.55 billion.

The growth Tether has seen in recent weeks may soon allow it to surpass Bitcoin as the most dominant currency on a public blockchain.

While looking towards the two digital assets’ average daily transaction value over a rolling 30-day period, USDT’s is currently sitting just below $1.75 billion, while Bitcoin’s is just a hair above this level.

Watkins also spoke about this while referencing the chart seen below.

“USDT may soon surpass Bitcoin as the dominant currency on public blockchains.”

Because the “yield farming” trend is still driving massive user inflows to USDT, and Bitcoin’s consolidation phase is causing its daily transaction value to slide, it is a strong likelihood that Tether will soon flip BTC on this front.