Terra Luna, within the last 30 days, is indisputably one of the best performing digital assets. 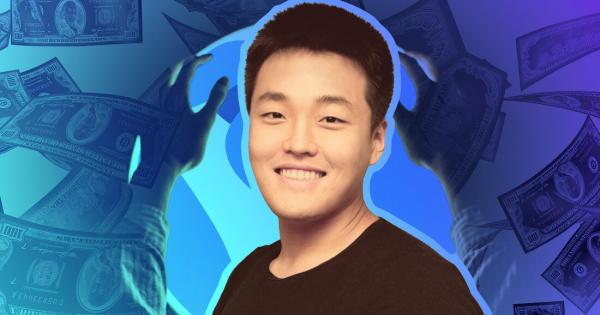 The native token of Terra network, Luna, has been performing exceptionally well for a while, but not everyone thinks that’ll last forever.

A Twitter user named Sensei Algod challenged anyone to a million-dollar bet that the price of the token will be much lower a year from now.

The tweet reads, “Who wants to take a $1000000 bet that $luna will be lower in 1 year than now?” He further tagged notable Terra stakeholders, including the founder and CEO of Terra blockchain, Do Kwon.

Who wants to take a $1000000 bet that $luna will be lower price in 1 year than now? @stablekwon @CryptoHarry_ @ZeMariaMacedo

Kwon has since responded and accepted the bet stating that he “would prefer to ask whatever your net worth is and bet 90%. But maybe this is what that is already.”

But maybe this is what that is already

This bet reveals that there are still several sceptics who remain unconvinced with the coin. Sensei Algod further revealed that someone else in an unnamed telegram group is willing to bet six figures on the same conditions.

According to Sensei, he can conveniently place this bet because he sees Luna as a Ponzi scheme without any potential for the long term. This was in response to a comment that he was betting against Luna while also longing it, so he’ll make money either way.

In describing it as a Ponzi, he explained in a Twitter thread his belief that demand for the coin would eventually drop.

So multiple people have seen me calling $ust/ $luna a ponzi, going to briefly explain why:

UST maintains stability through a simple swap mechanism: 1 UST can be exchanged for 1 dollar’s worth of LUNA at any time

Etherscan data shows that a smart contract has been created for the bet. Given that Luna was trading around $90 yesterday, the bet will be due on March 14, 2023.

Terra has been outperforming other coins

This bet will further put the spotlight on Luna, which has been performing above expectations despite the bear market.

Its positive price movement helped push it into the top 7 largest cryptocurrencies by market cap. To put this in context, its value increased by 18% in the last seven days, while also rising by 76% within the last 30 days.

A cursory look at other major cryptocurrencies within the same time frame would show that none of them performed as well as Terra. Bitcoin, for instance, has shed 8.5% of its value within the last 30 days.

Other smart contract-enabled platforms like Ethereum, Solana, and Binance-backed BNB have lost an average of 10% of their values.

This impressive performance reflects on its DeFi TVL, which is currently over $25 billion and second only to that of Ethereum.