Project Dawn was launched on September 9, with 5 million LUNA unlocked and distributed by the TFL Genesis wallet. 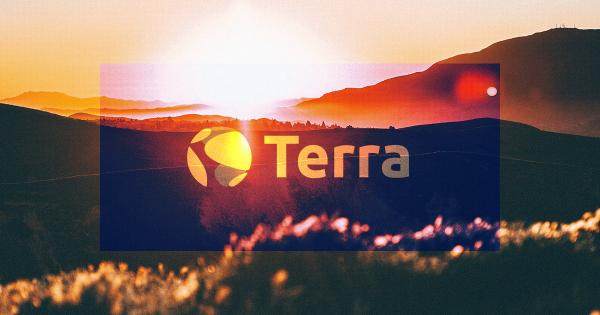 “The staggering growth rate has highlighted the need for both core technologies and infrastructure in the Terra ecosystem to scale in line with the exploding ecosystem,” explained the team in the announcement.

1/ TFL is announcing Project Dawn, a new funding initiative for critical infrastructure improvements and core technologies to supplement the accelerating growth of the Terra ecosystem.

“Degraded user experience during market turbulence (Anchor, Pylon and TWD launches) has shown that a lot of work remains to be done to bring the Terra financial infrastructure to maturity,” the team further clarified the reasons behind the new funding initiative.

5/ We're funding Dawn with a starting capital commitment of $150M (5M Luna), and with that money we will do three things:

According to the developers, the “new 9 figure capital commitment” will be, among others, used for building “a core Cosmos contributor org,” assigned with the task of providing support to the Cosmos ecosystem.

An internal engineering team within TFL is set to “add much-needed firepower to Cosmos core tech development” and contribute to most central technologies “animating the Terra blockchain.”

“We further invite other projects building on Tendermint & Cosmos to set up contributing teams within their organizations,” read the announcement, reflecting on the constantly expanding ecosystem.

Cosmos is a decentralized network of independent parallel blockchains, each powered by BFT consensus algorithms, such as Tendermint consensus, where countless and sovereign blockchain apps interoperate.

By ensuring that each node receives the same guaranteed data, Byzantine Fault Tolerance (BFT) is a consensus protocol, designed to tolerate failures in the computing systems on the network, while withstanding corrupted data and malicious attacks.

In addition, the Project Dawn funds will be directed towards the ecosystem’s node infrastructure as well as for diversifying validator/oracle support.

“It is imperative that community and TFL application services running on the Terra chain rely on diversified infrastructures to prevent the collateral damage of attacks and produce better UX for our users,” said the Terra dev team, adding that further details regarding these partnerships will be announced soon.

On top of 5 million LUNA unlocked at the time of the project’s launch on September 9, TFL committed to unlock “at most 3 million LUNA per month for all operating costs with details around each unlock transparently relayed to the community.”

Developments on LUNA are converging to bring “Terra Autumn” to fruition