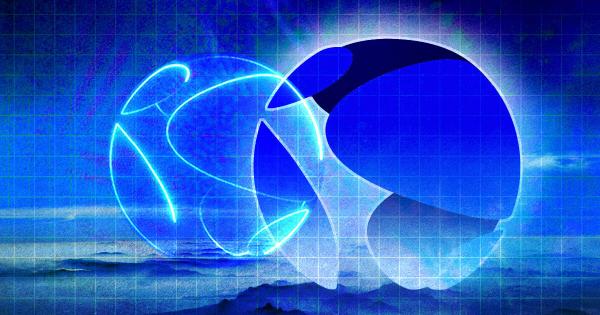 Luna Foundation Guard CEO, Do Kwon, has released a new proposal entitled “Terra Ecosystem Revival Plan 2.” In it, he has outlined an updated version of his original plan, which described forking the current Terra blockchain from a snapshot taken before the ‘attack.’

Do Kwon also took to Twitter to explain the logic behind the new proposal. In the first section, he expressed that there are several parts of the Terra community that should be preserved;

– Terra’s app ecosystem contains hundreds of developers working on everything from defi to fungible labor markets, state-of-the-art infrastructure and community experience
– Terra Station has a large install base, with million+ users across the world
– Although distressed, strong brand recognition and a name that almost everyone in the world will have heard about

He proposed retaining both blockchains, with the original blockchain being renamed Luna Classic ($LUNC) and another chain based on a snapshot from May 7 taking the original ticker($LUNA.) The new chain will have a 1 billion supply with the following distribution.

The next steps for Luna Core

These timings mean that anyone who sold UST after the de-peg will not be compensated for their losses. Further, he has suggested that his company, Terraform Labs, “prepare core public infrastructure, wallets, genfile, release binary for the launch.”

Next, validators will be required to “declare gentx and coordinate launch shortly after the launch snapshot.”

Finally, community leaders should “form a multisig to oversee the essential dev allocation & act as a steering committee for the new chain.” This would make the new chain completely community-owned as “TFL’s wallet will be removed in the whitelist for the airdrop.”

The new Luna core blockchain will be activated without the “oracle, treasury, [and] market,” meaning there will be no UST stablecoin. Only investors holding UST at the time of the launch will receive the ‘compensation.’

This potentially leaves out all the UST holders who have their tokens stuck at Coinbase due to the wormhole issue, as well as any investors who sold for pennies on the dollar amid the collapse. The focus is clearly on the developer community instead of UST holders before and LUNA holders after the ‘attack.’

The plan will outrage many investors. However, several projects building on Terra have voiced their support. The price of LUNA jumped over 60% on the news of the new plan. Nevertheless, the price is still down 99.99% in the last seven days.

Here is a sample of the projects, validators, and developers announcing their support.

RandomEarth is commited to rebuilding on @terra_money V2 in solidarity with the rest of our community. https://t.co/fMbqqwo2Kg

The reality is $Luna will likely return to prominence because the platform, infra and everything built on it is super high quality. After being on @terra_money for over a year, navigating to other chains puts how amazing the UX is into perspective.

What’s been built is top tier

Aperture will continue to "sail the 7 chains" with Terra 2.0 being one of them. #TerraIsMoreThanUST 🏴‍☠️⛵️ https://t.co/4qqInOSmdz

SCV will keep on hacking! We are staying as a validator and security service provider. 🌎 https://t.co/ktlLIvGST0

Luna Classic and the future

Little is known as to which validators will continue to support Luna Classic and if it will remain online. Currently, there are over 6 trillion Luna tokens, with investors purchasing millions of LUNA for less than $100.

Another option to salvage the Terra ecosystem involves buying back the un-staked LUNA and burning the surplus supply to attempt to get inflation under control. CZ, CEO of Binance, does not believe forking LUNA to a new blockchain will work.

Whether any validators will continue to run LUNA Classic will be discovered when the new chain goes live. Ethereum and Ethereum Classic still exist after a similar situation in 2016 when the Ethereum chain was hacked, and $50 million in ETH was stolen.

The Ethereum Foundation forked the chain and retained the ETH ticker while the original chain continued with the ETC ticker. Will LUNA Classic and LUNA Core continue to run side by side?