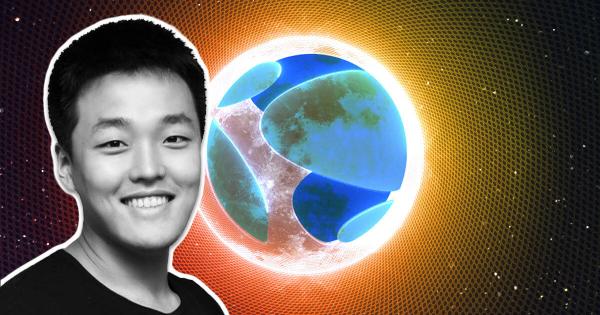 Luna Foundation Guard CEO, Do Kwon, has written a proposal that suggests forking LUNA to a new chain using a snapshot from before the attack. He details a recovery plan that includes giving the new blockchain to the community and not including the LFG wallet.

“The Terra community must reconstitute the chain to preserve the community and the developer ecosystem.“

At no point in the proposal does he offer an apology to the community and seemingly refuses to step down, stating, “I’ll always be here.“ Whether he would have an active role in the new blockchain is, however, unknown at this time. If LUNA2 is decentralized through community development, there may be no role for LFG and, thus, Do Kwon.

The focus, it appears, is now centered on the developer community and ecosystem. Do Kwon clearly states a desire to “preserve this amazing ecosystem… preserve its L1.” In a “call to action”, he states,

“Why does this redistribution make sense? UST holders need to own a large share of the network, as the network’s debt holders they deserve to be compensated for the tokens they have been holding to the end.“

He also accepts that UST has “lost too much trust with its users”, claiming that any attempt to salvage the current blockchain would be impossible as

“Holders of Luna have so severely been liquidated and diluted that we will lack the ecosystem to build back up from the ashes.”

Alongside those statements, he continues to brag about Terra even being “in distress, strong brand recognition and a name that almost everyone in the world will have heard about.”

He may believe that there is no such thing as bad publicity, but it is hard to agree after the past few days.

He does mention the developer community building on Terra, which must be remembered at this time. These projects will lose everything if Terra fails. Removing all ecosystem control from the hands of LFG could be the only way to save these projects.

In the final call to action, he states,

The response to the proposal has been mixed with 930 replies since going live earlier this evening. When asked if he felt responsible for what had happened, he chose to ignore the question and answer another part of the user’s response.

Many responses are from LUNA holders instead of the developer community, with countless stories of investors who have lost money. Many replies disagree, calling the plan “rubbish” and “unfair.”

Can Terra survive without forking?

There are still proposals suggesting that LUNA could use burn mechanics in order to retain the current blockchain. George Harrap, co-founder of Step Finance, a portfolio management dashboard for Solana, states:

“The mechanics for Terra are such that there is still such a large UST supply outstanding that the bid on Luna is evaporating so fast its unlikely the existing UST debts will ever be collateralised at this rate. Therefore I think the most likely course of action is an intervention by Terra validators to halt and upgrade the network to bar redemptions for the time being is critical”

Jon Wood, a contributor to Harvest Finance, a leading yield farming protocol, told us via Telegram, “In my opinion, Luna does not recover from this.  It’s an unprecedented wipeout that has destroyed all faith in the project and left many experiencing real pain.” He does not hold out much hope for the community proposals currently being discussed on the Terra forum.

“The proposals are there to perhaps give unsophisticated retail users a little of bit of hope that something is possible, but at this stage, the ship has well and truly sailed.“

Regarding the concept of forking the blockchain as Do Kwon suggested, he said,

“A fork is the one possible outcome that might see the light of day, but I fail to see how it would generate any value, as most of the blockchain dev talent in the space would not touch it with a barge pole, and investors would  steer well clear.”

Putting the proposal into action

Stablechen posted to Twitter earlier that validators convened to decide on a proposed route forward. It is possible that Do Kwon may not have been invited, given the nature of this post, but no information has officially been released.

However, in reply to the post, Stablechen also outlined a very similar plan to Do Kwons. For a new chain to occur on Terra, validators must agree to a proposal submitted by another validator. This would not necessarily be the case with Do Kwon’s strategy, given that a new blockchain would be being used. Validators would need to load a snapshot version of the Terra chain from a previous moment and then activate the nodes. The next step is to wait and see. The whole crypto community is watching.

Forking a chain after an attack isn’t unprecedented, as Ethereum did a similar thing after a hack. The result will have blockchain maximalists arguing that you cannot change the blockchain. A fork of what was a top 10 project could have a massive knock-on effect on the whole community as the immutability of blockchain is brought into question.