Elrond has yet to confirm foul play, but devs have identified the problem and deployed a fix. 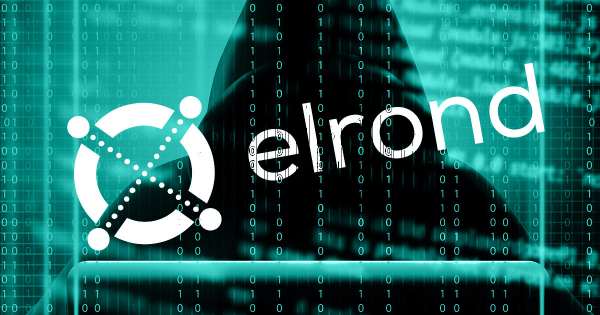 
Investigating a set of suspicious activities on the Maiar DEX.

We are here, all hands on deck.

Will update as soon as analysis is clear.

NFT project Elrond Lucky Birds founder Andu Tabacu shared details of his findings by posting screenshots of EGLD being sold for USDC, based on data from the blockchain explorer.

At around 11PM UTC these transactions started to pop up in the Explorer.

Note that: The story is still developing and under investigation by the Elrond Team. pic.twitter.com/W7NyZNbHfF

Tabacu suspects this was an exploit possibly related to “lottery type smart contracts.”

“This might be an exploit of the Maiar DEX or SC async calls (problem reported earlier by some devs on Lottery type Smart-Contracts).”

So far, there has been no confirmation of this from Elrond. However, Mincu said further updates will follow as his team understands the situation better.

The EGLD token took a sharp dip following the announcement, bottoming at $66.09 before bulls stepped in to drive the price higher. Hourly price action since shows an uptrend pattern forming, but EGLD is still trading below the price before Mincu’s tweet.

The decline in price comes amid a wider crypto market rally that has seen $68.4 billion of inflows into the total market cap over the last 24-hours.

ELGD and PAX Gold (PAXG) are the only tokens in the top 100 — excluding stablecoins — that are down over the last 24-hours. PAXG is a gold-backed ERC-20 token that tracks the dollar per ounce price of gold and should be considered unconnected with broader crypto price movements.

What’s the latest on the situation?

At around 5 am GMT on June 6, Mincu posted the first update, saying the issue has been identified and devs are “working on an emergency fix.” He also thanked the Elrond community for their support during this time.

Identified the potential issue, and working on an emergency fix.

Will update again once fix is deployed.

Mincu posted another update a few hours later and confirmed a fix was deployed.

3/ c. We have now isolated the problem, and have already deployed a fix.

Maiar exchange was still offline as of press time, with an error page stating that user funds are safe and “rewards will continue.”