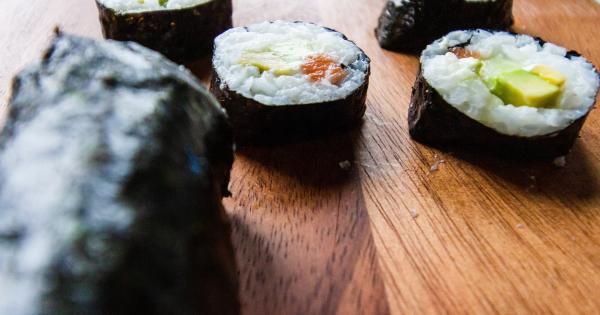 As some crypto traders on Twitter put it, SushiSwap’s native SUSHI coin just experienced its own Mar. 13.

For those without context, Mar. 13 was the day that Bitcoin capitulated from the daily highs of around $8,000 to lows near $3,500 in the span of that day (and then some).

Today, SUSHI capitulated from around $2.30 at pre-crash levels all the way to $1.10 in a strong move lower that shocked most investors. Many didn’t expect the leading DeFi coin to fall so far and so fast, though it did.

It appears that much of these losses came as a result of futures liquidations on a relatively illiquid market.

The data below indicates that in the span of the hour where the Ethereum-based coin dropped from the $2.30 region to $1.10 on top exchanges, more than $8.5 million worth of SUSHI futures positions were liquidated.

Hundreds of millions worth of trades also took place, indicating that there was likely strong shorting activity, which is also evidenced by the negative funding rate.

There are also some rumors that a crypto fund or large trader was forced into liquidation due to XRP’s drop, resulting in them selling their holdings in altcoins such as SUSHI. This is just a rumor, though, but it has been repeated many times within crypto circles.

One of many rapid corrections

SUSHI’s strong move lower was one of many strong corrections seen in the crypto market today.

The biggest loser of the past 48 hours is XRP, which is down to $0.28 from $0.50, for a loss of nearly 50 percent. XRP is falling on the news that Ripple Labs is being sued by the U.S. Securities and Exchange Commission (SEC) over the sale of the coin. Many say that this marks an end for XRP as exchanges, market makers, funds, and other players have begun to shun the asset as they don’t want to deal with the potential illegality of it.

Another strong drop took place in Chainlink (LINK), which plunged 30 percent from $12 to lows around $8 today as XRP and ETH sold off. This move may have been perpetuated by on-chain liquidations, which quickly mounted on platforms like Aave.

Even Ethereum was not spared. Earlier today, in the span of about ten minutes, ETH dipped from $590 to $550 as selling pressure mounted across the board.

While ETH has since bounced, its drop has had bearish effects on the altcoin market as a whole.

SUSHI’s drop comes in the face of strong fundamentals

This drop comes in the face of strong fundamentals for Sushiswap.

SushiSwap’s developers are expected to soon release the BentoBox lending solution, which will be a new decentralized application that will allow traders to more easily margin long or short crypto assets, especially those part of the long tail.