Even after 400% rally, analysts are still excited about DeFi protocol SushiSwap

SushiSwap’s native token SUSHI, even after the recent drop, is up strongly since the lows seen in October. 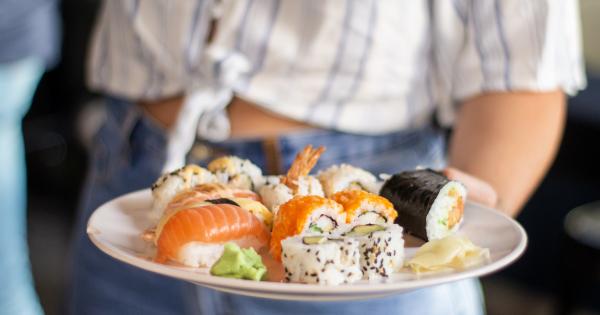 SushiSwap’s native token SUSHI, even after the recent drop, is up strongly since the lows seen in October. From its all-time low price of just over $0.50, the cryptocurrency has shot as high as $3.00. Even at the current price of $2.65, it is up by over 400 percent since the lows.

This persistent rally in the once-controversial cryptocurrency comes amid positive developments as it looks to eat at the market share that Uniswap has carved out for itself. SushiSwap has begun to do this as the market casts aside the initial controversy surrounding the cryptocurrency that pertained to the initial founder taking capital from a developer fund.

SushiSwap is attempting to increase its dominance with increased liquidity incentives and new features, along with a partnership with Yearn.finance that should help with the platform’s long-term sustainability.

Why is SUSHI still rallying in face of DeFi underperformance?

SUSHI has clearly been an outperformer in the DeFi space over the past few months, managing to gain 400 percent while other decentralized finance coins have only seen 100 percent rallies or so.

This strong rally can be pinned to a number of fundamental trends for the Ethereum-based altcoin.

Some of these are as follows:

First and foremost, SushiSwap’s “BentoBox” offering is expected to launch soon. First proposed by SushiSwap contributor “Boring,” BentoBox was slated as a way for users to obtain margin leverage on any token with a supported pair.

As crypto investor Future Fund notes, the offering three months later is now a lot more comprehensive and has the ability to boost SUSHI’s value proposition and accrual over time.

“BentoBox has evolved from just a lending solution and into its own unique modular vault. It has the ability to hold not just lending contracts, but multiple protocols and extensions.”

The evolution of @SushiSwap Bentobox. $SUSHI

1. BentoBox has evolved from just a lending solution and into its own unique modular vault. It has the ability to hold not just lending contracts, but multiple protocols and extensions.

Along with the original value proposition of allowing investors to more easily trade and speculate on the ever-changing DeFi space, BentoBox may also allow for synthetic assets like stablecoins, shares of companies, and gold. With SUSHI likely to lie at the core of this system as collateral, the coin may come in higher demand and may continue to push higher.

Further, SUSHI is expected to see value accrual from this new offering as platform fees will be distributed to holders of the coin.

BentoBox is currently being audited, some reports suggest, and will be released soon.

Secondly, the Yearn.finance partnership is believed to show that SushiSwap will have long-term staying power as the core decentralized exchange of the Yearn ecosystem.

Underpinning all this, SushiSwap seemingly has intentions to go cross chain.

As reported by CryptoSlate previously, SushiSwap team lead “0xMaki” says there are plans to “open” the platform on Polkadot in the coming months:

“If you LP’ed past end september you still have 2/3 of your rewards that will be available in 6mo. and you will receive moonSushi when we open on Polkadot,” he recently tweeted in regards to a comment about long-term staying power of SUSHI.

If you LP'ed past end september you still have 2/3 of your rewards that will be available in 6mo. and you will receive moonSushi when we open on Polkadot.

Polkadot is expected to be a serious Ethereum competitor, especially if issues around scaling persist into the future, which will prevent many retail users from accessing DeFi.