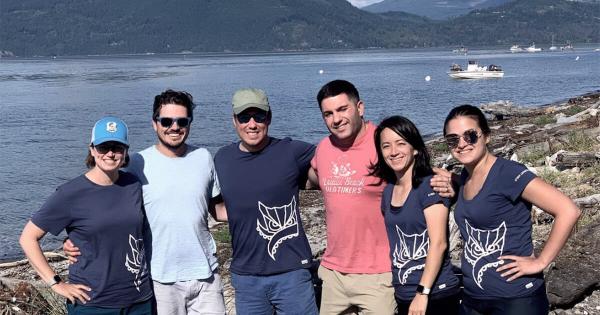 Like so many entrepreneurs, Proudman may have found his initial concept as a reward for past struggles. Before his last company Blue Box was acquired by IBM in 2015, Proudman spent almost a decade scraping together funding to keep the private cloud-as-a-service platform running—until the firm had graduated from the tenuous years of bootstrapping to the world of VC funding.

In 2015, post-exit, he joined IBM as a “Distinguished Engineer” focusing on crypto and blockchain research and developed an incredible fascination that would eventually form the thesis behind Strix Leviathan. According to Proudman, he began to see visible patterns after analyzing crypto charts with the following assumptions:

“This asset class lacked valuation models that were shared among market participants. This resulted in price discovery that’s largely speculative and highly reflexive. At the same time, these markets offer relative liquidity and trade 24 x 7 x 365.”

In January 2018, Proudman and one of his long-time colleagues at Blue Box and IBM, Sadie Raney, bid farewell to Big Blue and co-founded Strix Leviathan as their next adventure. Two months later, the quant fund-in-making closed a $1.6 million seed round sponsored by venture funds including San Francisco-based Liquid 2 Ventures, Seattle’s Curious Capital, Future Perfect Ventures, and angels including ex-Seahawks player Doug Baldwin and Orion Henry, founder of Heroku.

There’s something philosophically quantitative about Strix’s approach to the crypto market, beyond running a fund where algorithms determine investment decisions and human judgment is minimized.

Proudman and his team question the notion that fundamentals play a role in the price of cryptocurrencies—at least for now:

Instead, Strix Leviathan points to the market’s relative lack of history, global 24/7 nature, and “highly fractured” datasets to say that crypto price-action is “entirely defined by the behavioral patterns of market participants,” a stark contrast to the value investing theses behind some of crypto’s best-known hedge funds. A post on the Strix blog states:

“The development of a narrative to explain complex and opaque market behavior persists in every financial market; however, cryptocurrency investors must do so with an extremely limited historical record.”

For one, Strix describes the narrative of Bitcoin’s upcoming halving being a springboard for an extended bull run as a “circumstantial illusion” propagated by  “unsubstantiated belief systems with scant supporting evidence.” According to their analysis, the halving of mining rewards, in fact, had little or no discernible effect on an asset’s performance outside of market sentiment.

The fund itself is managed by Nico Cordeiro, previously an analyst at Pitchbook, specializing in private equity, venture capital, and crypto research. Nico told us that,

“Cryptocurrency prices are reflexive in nature meaning price is simply the aggregate beliefs of other market participants except those individual perceptions are constantly changing. This results in a market that weaves in and out of forceful positive and negative feedback loops. The Nest Fund is designed to exploit and benefit from these persistent feedback loops.”

How to play the market

Strix’s flagship fund, the Nest Fund, launched in May 2018 with the ambition of outperforming the top-ten cryptocurrencies with lower beta and correlation.

Debuting in the midst of a full-blown bear market, the fund may have taken on something of a trial by fire, a test of the proprietary “Algorithm Factory” software that drives its strategy (in 2018 the median crypto hedge fund took a 46 percent loss, while quant funds—a more appropriate comparison to the Nest Fund—made an average return of 8 percent, according to PricewaterhouseCoopers).

Strix’s software takes an AI and machine learning-driven approach to capturing alpha, built on the idea that the unique characteristics of the crypto market can be exploited for gain, whether on the long side or short.

Proudman explained that, from conception, the platform has been engineered to plug these gaps for gain. He stated:

“While tools existed for fundamental or discretionary style trading, the ability to derive real-time pricing data, develop algorithmic models, operate successful models against fund capital, execute and settle trades and report on fund performance all required a platform to be developed – a platform we’ve spent the better part of the last two years developing.”

Naturally, Strix was unable to fully reveal the details of its proprietary methods, but a representative did give CryptoSlate a “high level” view of how the algorithms operate in their bid to capture alpha.

First, the software platform seeks out volatility in markets and jumps in to follow trends and momentum—what the Strix team describes as being “risk on / risk off models”. The software also analyzes the relationship between cryptocurrencies (the likes of ETH/BTC for example), in order to take advantage when divergences occur. Arbitrage is in the algorithm’s playbook too, and the platform is hooked up to eight exchanges to take advantage of discrepancies in the price of assets.

The software—which according to the team has been in development for two years and undergone 17,000 code commits—seems to be working as promised. The fund has outperformed by ~60 percent to date against the Bitwise 10 Large Cap Crypto Index (BITX), which tracks the ten largest cryptocurrencies weighted by free-float and 5-year inflation-adjusted market capitalization.

The Fund has also been outperforming the benchmark in terms of risk. When compared with both the BITX and Bloomberg Galaxy Crypto Index (another weight-adjusted index tracking the top coins by market capitalization), the Nest Fund has taken significantly less drawdown, roughly half of the volatility, and, with a higher Sharpe ratio, ultimately delivering better risk-adjusted returns.

Strix says the software platform is a “differentiator” over funds that manage capital using spreadsheets (something that is apparently all too common) and pitches to investors seeking “portfolio diversification and better risk-adjusted returns than a passive buy/hold approach.” These include high-net-worth individuals and family trusts, who make up the client base of the Nest Fund. Jesse is currently building an investor portal that will allow all LPs to view their account, historical performance, and legal documents. The investor portal will provide for an LP experience that is completely absent among existing crypto hedge funds.

Like many infrastructure leaders, Proudman and his team have in a sense gone long on the crypto market itself and bet that its eventual form will mirror the size and sophistication of traditional markets. Strix said that at this stage of the game only a number of counterparties can support the “speed and capabilities” of their platform, and that the firm is looking to “maximize” its technology once the broader market’s infrastructure has matured. In terms of size, the crypto quant hedge fund market would look to have ample room to expand, with approximately $370 million in assets under management (AUM) last year—2700 times smaller than the orthodox quant hedge fund market, which managed roughly $1 trillion as of 2018.

If you are interested in learning more about Strix Leviathan, you can follow their blog for regular market updates and research. The Nest Fund accepts new investors on a monthly basis and is open to Qualified Purchasers. Email [email protected] and follow Twitter, LinkedIn, and Facebook.