Since 2017, companies from the traditional finance sector and tech industry have aggressively targeted the lucrative ICO space to generate substantial profits in a short period of time. For developers, token sales in ICOs are an impeccable fundraising model because investors must agree that the tokens they invest have no value, substance, and use case in order to circumvent US Securities and Exchange Commission (SEC) jurisdiction. 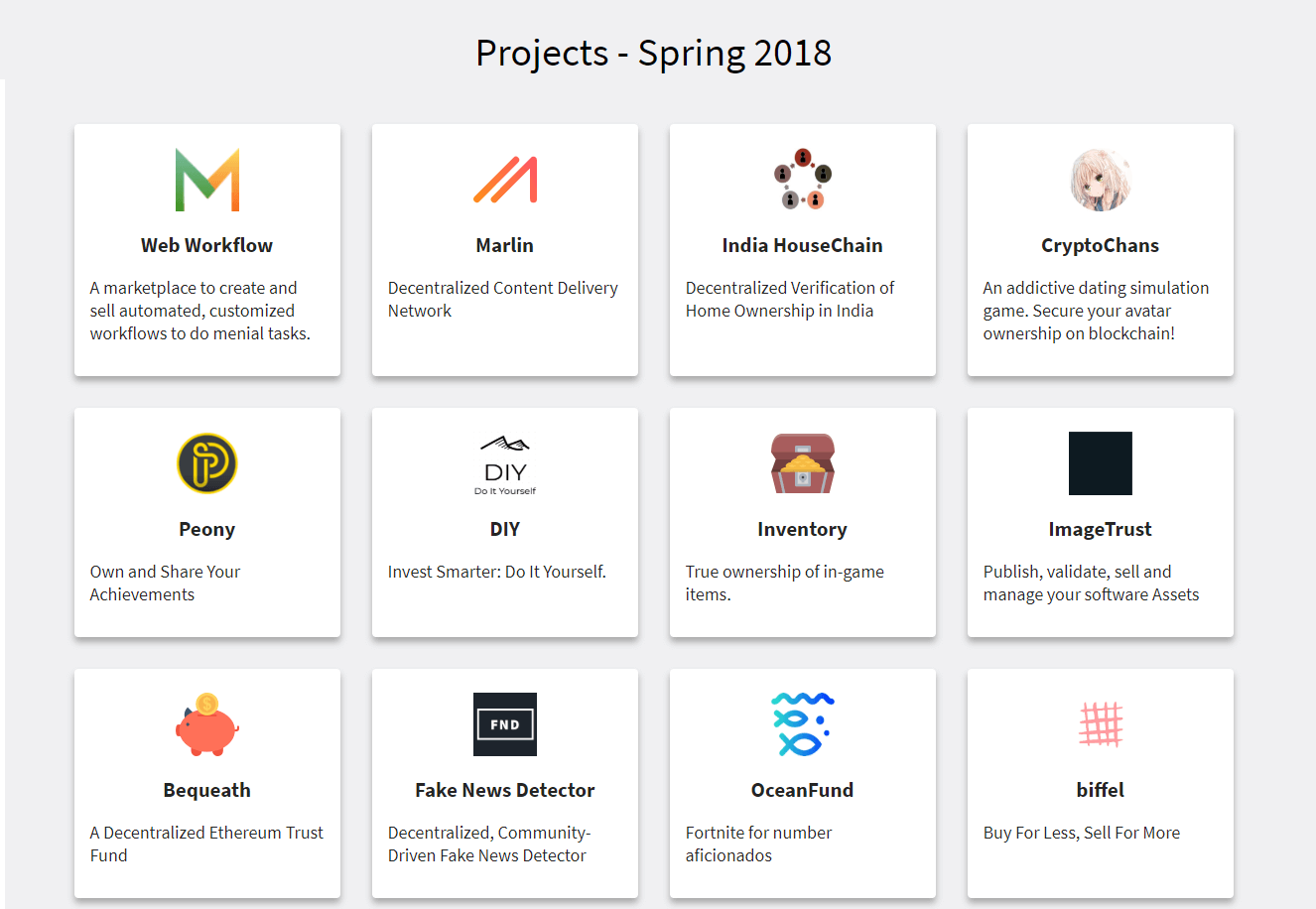 “Alongside lectures, there will be a quarter-long project where students design, implement and evaluate a novel distributed application on a modern blockchain, such as the ones of the Ethereum or NEO cryptocurrencies.”

Projects showcased by Stanford earlier 2018 created applications that require the blockchain and maximize decentralization. This is in contrast to many ICOs whose fundamentals are based on blockchain buzzwords such as “high-performance protocol” and “proof-of-stake” (PoS) and lack innovation and uniqueness.

Another scam Kickstarter that defirs physics, and of course, it's on the blockchain. https://t.co/AJPaZWbMNV

In consideration of these ventures and the worrying trend of ICOs resorting to buzzword and blockchain jargon-based projects to raise tens of millions of dollars, the Ethereum community expressed optimism towards some of the projects created by Stanford students that utilized blockchain technology in applications that are in absolute necessity of decentralization.

Blockchain technology as a database is highly inefficient, as Ethereum creator Vitalik Buterin previously noted. In contrast to centralized platforms like Amazon, using the Ethereum supercomputer to solve problems lead to a million-fold increase in expenses.

Therefore, the demonstration of blockchain potential with products that can only exist on the blockchain such as India HouseChain, that verify ownership of real estate and properties in a decentralized and transparent manner, can be considered a positive development in the blockchain sector.