Sons of Singapore billionaires jump aboard the NFT train with ARC

The innovative networking app wants to create a sprawling community in the Asia Pacific market. 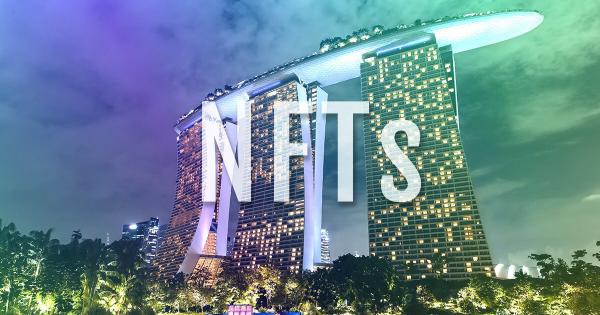 Sons of two Singapore billionaires have teamed up to create ARC, a private social network based on NFTs.

Kiat Lim, the son of financier Peter Lim, and Elroy Cheo, the heir of the edible oil business Mewah International, are behind the project which they believe is much more than just an NFT club.

ARC is memeing itself into the mainstream

According to a report from The Straits Times, Lim and Cheo are looking to build an app-based community that will bring together individuals from Taipei to South Korea and Australia. The platform will enable users to network, collaborate on projects, and share stores, as well as meet in exclusive member events.

Eventually, ARC will create a proprietary metaverse to host its online virtual community and introduce a gaming element into the ecosystem.

“We want to create a community that Asia has never seen before,” said Cheo. “We see the world (changing) a lot, especially after Covid-19. People in this target segment now all want a sense of belonging.”

ARC wants to distance itself from the anonymity that’s become synonymous with the crypto industry. The platform will feature a rigorous authentication process that’s set to verify the identities of all of its users. This, Lim and Cheo believe, will enable them to create a bridge between online and offline experiences and facilitate an ecosystem that pushes online boundaries.

Even the name of the platform was chosen to reflect the vision of its founders—the two said they settled on ARC to express their ambition to bridge real and virtual worlds and transition to Web3.

The two have reportedly been working on ARC since before the Covid-19 pandemic, but have only recently established a meaningful online presence. Throughout the past week, both the mainstream and the crypto media have been flooded with headlines about the exclusive NFT club the billionaire scions founded—an idea that seems to be endlessly amusing to Lim and Cheo.

While the two are yet to become more vocal about their project, they seem to be very supportive of the intensive memeing in its community.