The famous rapper continues to expand the Snoopverse, “a place where his avatar can perform exclusive concerts only accessible to his fans.” 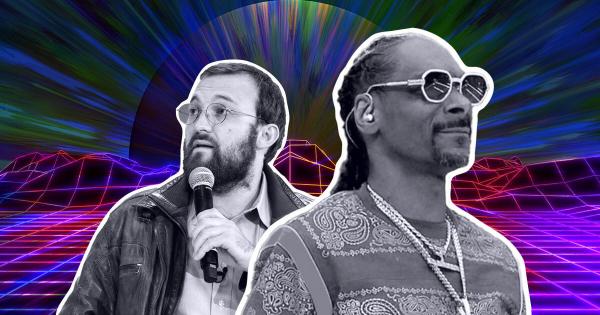 According to a press release shared with CryptoSlate by The Sandbox’s parent company Animoca Brands today, “House I Built” from Snoop Dogg’s latest album B.O.D.R. is the “very first music video produced in The Sandbox metaverse.” The rapper explained:

“The ‘House I Built’ track draws a parallel between how I’ve constructed my life and career and how I’m building out my Snoopverse virtual world in The Sandbox. Whether in the metaverse or the universe, it’s about keeping it real, being yourself, and making the most of every opportunity.”

In the video itself, made with the platform’s free content creation tools VoxEdit and Game Maker, Snoop Dogg is represented as a pixelated 3D avatar à la Minecraft. Notably, the clip also features special guests such as DJs Blondish and Steve Aoki.

Meanwhile, the music video is something akin to an opening act launched ahead of Snoop Dogg’s full-fledged virtual concert that will be held in The Sandbox “later this year.” The platform’s CEO and co-founder Arthur Madrid further added:

“Today in The Sandbox, Snoop Dogg is building the Snoopverse, a place where his avatar can perform exclusive concerts only accessible to his fans. Snoop’s new, first-of-its-kind, metaverse music video ‘House I Built’ provides a tangible example today but there is more coming very soon.”

‘That Cardano and this Web3 stuff’

At the same time, Snoop Dogg also confirmed today that on April 5 he will join Charles Hoskinson, the founder of the Cardano blockchain and a co-founder of Ethereum, on Twitter Spaces—and “this will be fun.”

This will be fun 🎥 #Cardano https://t.co/rxgYimMQW7

In his turn, Hoskinson similarly confirmed this, noting “Yes, I’ll be with Snoop on the 5th. I have the best job in the world.”

Apparently, at least some part of the conversation will be dedicated to a new partnership between Snoop Dogg and Cardano-based platform Clay Nation that will “bring you iconic collectibles, unreleased music, & limited edition ‘pitches’.”

“It’s a collection of 10,000 digital characters with algorithmically assembled, handcrafted clay traits. Each unique character is a one-of-a-kind NFT, stored on the Cardano blockchain. Just like in the non-clay world, no two members of Clay Nation are the same.”

Further details of the new partnership will be revealed during the Twitter Spaces meeting with Snoop Dogg, Charles Hoskinson, and crypto investor Champ Medici on April 5, at 6 p.m. UTC.