Need a virtual dog house for your Shiba Inu metadog? Your dreams may come true as the team behind the SHIB token are in the midst of developing a Shiba Inu doggy metaverse with bony real estate plots and all. 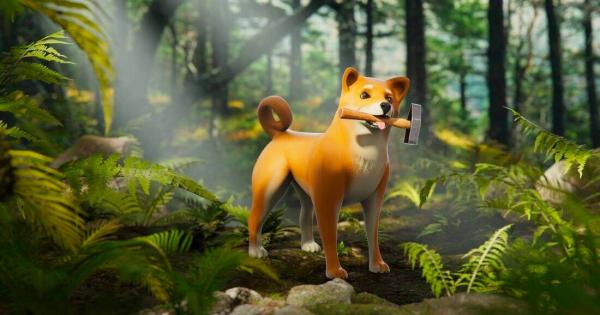 Owning real estate in different metaverse worlds is becoming increasingly popular with soaring prices for parcels, plots and other types of land pieces in blockchain metaverse worlds like Decentraland and Sandbox.

The team behind Shiba Inu (SHIB) have seen the space grow and doesn’t seem to want to be held back on a leash. Announced in a blog post, the Shiba Inu team will introduce their own doggy version on the metaverse, codenamed Shibverse (the real name to be revealed “soon”).

“We have seen the Metaverse space grow at a rapid rate with enormous interest from small and large companies alike. The Metaverse is set to be one of the biggest areas within crypto for many to enjoy, while others will produce content and developers will set up shops within using it as another great resource to offer crypto communities incentivization, content, and regular royalties,” the announcement reads.

Partnering with Sandbox or Decentraland?

According to the post, the team is currently researching various ideas while deciding on design terms with some teams behind existing developers of metaverse platforms. The Shiba Inu team is already in negotiation with some partnership builders about the announced project.

“Some of the biggest Metaverse platforms that opt for introducing virtual real estate are Sandbox and Decentraland. We understand the potential, expandability, and performing evolution that this type of Metaverse option brings to the community,” the announcement reads.

The Shiba Inu teams also announced the introduction of Shiba Lands found inside the woofy metaverse. These lands will be available for purchase through actions “really soon”. It will be the first step towards allowing the community to jump into the Shiba metaverse prior to its full release.

To that end, the Shiba Inu team is working on a queue system, specifically designed for the Shiba Land sales event. The queue system will be put in place to prevent “bots and gas wars” while making the process “fair and smooth for our community worldwide.”

According to the announcement, the queue system allows exclusivity by requiring interested parties to hold LEASH tokens, which gives priority and exclusive access to the first sales of land plots in the new metaverse. In addition to the queue, the team is also working on an “anti-dump system” in order to protect LEASH holders. The remaining lands will unlock and become publicly available after the LEASH-exclusive selling process finalizes.

LEASH is a native token on the ShibaSwap decentralized exchange. The Shiba Network has launched two tokens besides the SHIB token: Doge Killer (LEASH) and Bone (BONE). All three tokens are currently circulating in the Shiba ecosystem. At the moment of writing, the SHIB, LEASH and BONE tokens are trading at $0.00003154, $1,821.60 and $0.906037 respectively.

The SHIB token is ranked as number 13 in total market cap, at a total valuation of around $17.3 billion.