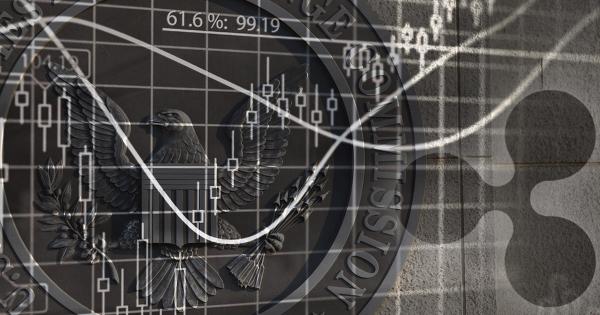 Ripple was denied access to two major U.S. cryptocurrency exchanges, Coinbase and Gemini, due to regulatory concerns. The question as to whether to cryptocurrency is a security seems to underpin the issue.

Ripple (XRP) is a cryptocurrency that provides a settlement solution for international bank transfers.

Through the use of a centralized blockchain, Ripple has the potential to reduce transaction fees and clearing times for bank transfers.

Ripple is the third-largest cryptocurrency by market capitalization sitting at $19.4 billion, up 1400% since this time last year.

According to Bloomberg, Ripple recently attempted to purchase access to cryptocurrency exchanges Coinbase and Gemini. If Ripple were listed on one of these U.S. exchanges, the price and liquidity would likely increase.

However, both exchanges declined to list Ripple; Gemini still declined even after a supposed $1 million offer to list XRP.

Ripple’s use as a settlement platform could cause it to fall under the scrutiny of U.S. securities laws. Such a classification increases the risk of litigation for both Ripple and any partner exchanges.

The standard method to determine whether an asset is a security is the Howey Test. The test stems from a 1946 Supreme Court opinion in SEC v. W. J. Howey Co., which clarified laws from the Securities Act of 1933. According to the case, an asset is classified as a security if:

Analysis of Ripple Based on the Howey Test

Unlike utility tokens which fall under a legal gray area, based on the above criteria Ripple may fall under the classification as a security:

If Ripple were listed on a U.S. exchange and it was then classified as an “unregistered security” by the SEC, then the damages could range in the hundreds of millions.

Bittrex, another major U.S. exchange, may offer additional clarity into the risk assessment process. According to the company’s website, Bittrex will only list a cryptocurrency if a U.S. attorney can attest that the coin is both:

Based on those two criteria Ripple was able to list on Bittrex’s exchange. However, with the recent information about Ripple’s inability to list on Coinbase and Gemini, it begs the question of whether Bittrex will remove Ripple from the company’s exchange.

What This Means for Ripple

This is bad news for Ripple – without access to the U.S. market, the cryptocurrency is relegated to listings on primarily Korean exchanges. This harms access for users and investors.

As the SEC has increased its scrutiny of cryptocurrencies and the practices surrounding the industry, U.S. exchanges have reacted with vigilance to protect themselves from the risks of litigation and penalties.

Although authorities are still deliberating whether Ripple is a security, it is clear that U.S. exchanges are not willing to take that risk.