State officials in Saudi Arabia reissue warnings against trading and investing in cryptocurrencies. 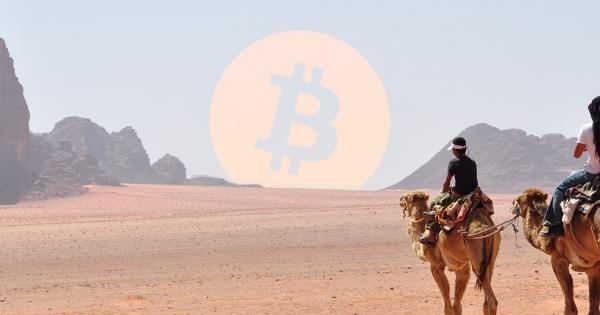 Photo by Sebastien on Unsplash

State officials in Saudi Arabia reissue warnings against trading and investing in cryptocurrencies. The official committee will also have the remit of notifying relevant agencies of any activity to reduce marketing exposure.

No Trading. No Investing.

In Saudi Arabia, following a series of websites and social media accounts promoting cryptocurrencies such as Bitcoin and Ethereum, among others, a special committee issued a statement reminding citizens that trading in cryptocurrencies is illegal.

The statement, which was released Aug. 12, states:

“The committee assured that virtual currency including, for example but not limited to, the Bitcoins are illegal in the kingdom and no parties or individuals are licensed for such practices. The committee warns all citizens and residents about drifting after such illusion and get-rich scheme due to the high regulatory, security and market risks involved, not to mention signing of fictitious contracts and the transfer of funds to unknown recipients/entities/parties.”

The statement also warned citizens about investing in cryptocurrencies:

“The standing committee warns against trading in the digital currencies or what is known as virtual currency for their negative consequences and high risks on traders as they are out of government supervision.”

The official statement did not outline the consequences for parties involved in crypto trading.

Created by a supreme decree, the Standing Committee for Awareness on Dealing in Unauthorized Securities Activities in the Foreign Exchange Market includes several of the country’s watchdogs–Capital Market Authority (CMA), Ministry of Interior membership, Ministry of Media, Ministry of Commerce and Investment and, the country’s de facto central bank Saudi Arabian Monetary Authority.

In addition to its mandate, the committee will work with relevant agencies to reduce any crypto trading exposure to the public.

Crypto in the Middle East

Although trading cryptocurrencies are illegal in Saudi Arabia, other cryptocurrencies have gained traction in the Middle East. Earlier this year, for example, Stellar received Sharia compliance certification to integrate with Middle Eastern financial firms.

As previously reported by CryptoSlate, the Sharia certification extends to applications and use-cases for Lumens (XLM), Stellar’s native cryptocurrency. By using lumens, users in the Middle East will have access to more affordable payment remittance channels when sending money across borders. While this is great for citizens of other Middle Eastern countries, it doesn’t appear Saudi Arabia will be able to reap the benefits of Stellar’s integration quite yet.