Samsung enters the metaverse by launching a virtual store in Decentraland 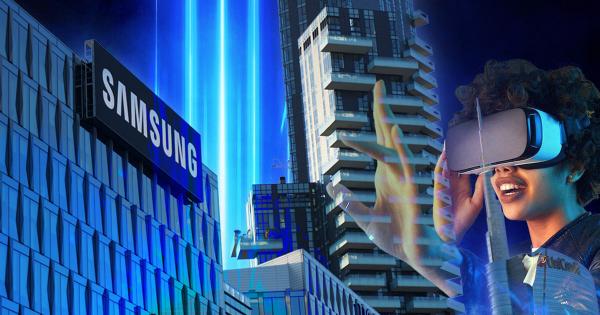 Photo by Babak on Unsplash

Samsung has joined the league of growing metaverse culture by opening its first virtual store in Decentraland. The virtual store called the Samsung 837X, launched in the metaverse is modeled after the company’s flagship physical store that is situated on 837 Washington Street in New York City.

The South Korean tech conglomerate is actively exploring the realm of the metaverse. As per the official press release, the company is launching a new store in Decentraland, which is a leading virtual reality platform built on the Ethereum blockchain.

The store, which is named 837X in Decentraland, takes inspiration from the company’s flagship store in 837 Washington Street New York. According to the press release, the company intends to “brings its spirit as an experiential playground for people to discover the amazing possibilities when technology and culture collide”

“Fans will be captivated in a digital adventure through the Connectivity Theater and Sustainability Forest to complete quests along the way for 837X Non-Fungible Token (NFT) badges and by a celebration at the Customization Stage.”

The Connectivity theatre will demonstrate Samsung news from the CES stage and will enable guests to learn more about Samsung’s growing tech, whereas, the sustainability forest, according to the company, will let the guests “embark on a journey through millions of trees—and even have a mythic encounter,”

Recently, Samsung also announced its partnership with Cardano-based climate restoration platform Veritree to combat climate change. As per the initiative, Samsung will be planting two million trees in Madagascar to counter the increasing climate change crisis.

Veritree, which describes itself as a blockchain-powered restoration platform, supervises a Cardano forest where users can donate 15 or more Cardano (ADA) tokens to acquire limited edition tree tokens. Veritree later plants trees on behalf of users for each ADA exchange during the process.