After joining a number of market leaders using blockchain, Korean giant Samsung is once again eyeing up the emerging technology — this time for supply chain solutions. 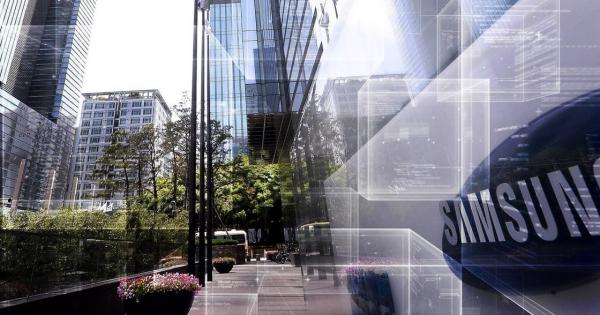 After joining a number of market leaders using blockchain, Korean giant Samsung is once again eyeing up the emerging technology — this time for supply chain solutions.

Statements issued by Samsung SDS, the company’s IT and logistics-focused subsidiary, have re-tabled the tech giant’s prospering interest in blockchain technologies.

In a one-on-one exclusive with Bloomberg, SDS Blockchain Chief Song Kwang Woo described the notion of a blockchain-based system to better monitor shipments worth tens of billions of dollars annually.

Should Samsung move from idea to reality, it will be joining a growing number of corporations already enjoying these benefits including IBM, Maersk, Walmart, UPS, FedEx, and British Airways.

Samsung has not confirmed their blockchain-augmented supply chain, yet the prodigious IBM/Maersk collaboration should serve as a pointed reassurance to apprehensive shareholders to whom blockchain will invariably be Greek.

While the supply chain solution would be a new venture for Samsung, the tech powerhouse has taken a series of steps to establish itself as an early adopter of blockchain technologies. An exceptionally weighty advocate, Samsung’s influence (and budget) will undoubtedly proliferate the technology’s adoption and advancement.

Spending more than $10 billion on research and development each year, the application of blockchain to supply chain is an unsurprising step for the multinational, lying in the wake of 2017’s ramping pro-blockchain rhetoric.

2017 was a busy year for Samsung, the company establishing intimate connections with all avenues of the blockchain industry, ranging from investment to entrepreneurship.

April saw the company launch their very own enterprise-grade security platform Nexledger, a July investment into Blocko, and an August entrance to Hyperledger —an open-source blockchain consortium.

As these institutional giants embrace blockchain, the industry will likely be hurled into outer-orbit in a similar fashion to what the digitalization of offices meant for computer manufacturers.

Yet, the shift will invariably see the technology’s privatization and commodification, as these corporate titans protect their substantial interests. Second, only to IBM, Samsung sports a whopping 5518 US patents, and may soon enough be registering their very own proprietary instance of blockchain technology.