YouTuber CoffeeZilla uncovered the alleged shady dealings of influencer Ben Phillips in relation to a pump and dump of SafeMoon. 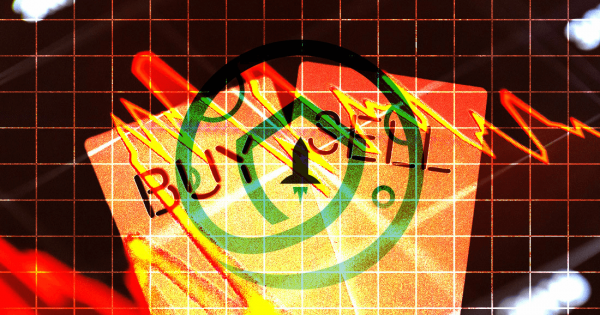 SafeMoon is caught up in further controversy as YouTuber Stephen Findeisen, AKA Coffeezilla makes pump and dump allegations against its former chief marketing officer.

Specifically, Findeisen calls out Ben Phillips, a UK-based influencer previously involved with the project in a marketing capacity.

Findeisen has carved out a niche for himself in blowing the lid on scammers and fraudsters. Many of his recent investigations have tackled cryptocurrency scams, and his latest upload takes aim at Phillips.

But what exactly are the allegations against Phillips?

It goes from bad to worse for SafeMoon

Ben Phillips is a Welsh YouTuber known for creating prank content. Previously, Phillips had worked with SafeMoon to market the project.

Such tie-ups are common practice in the crypto industry and fall under the banner of “influencer marketing.” Popular influencers with millions of followers, like Phillips, can command higher fees.  He was paid a total of 5.257 trillion SafeMoon for his work promoting the project.

Findeisen claims Phillips was engaged in pumping and dumping SafeMoon. Publically Phillips would tell his millions of followers to hold $SAFE, while “unloading” millions of dollars of tokens on the sly.

“One of the promoters of SafeMoon was dumping SafeMoon while obviously saying “oh, I’m holding to the moon guys.” And while he was tweeting those things was unloading literally millions of dollars…”

As he doxxed his own BNB address when asking people to buy him a coffee, Phillips’ activities are documented on the blockchain for all to see.

What’s more, using an archive site, Findeisen was able to recover deleted tweets and cross-reference them to address activity. He found a pattern of positive tweets about the project coinciding with huge sells on PancakeSwap.

“Why would you sell half a million dollars of SafeMoon right after saying, “well I’m holding?” The reason is obvious, he wanted the price to be as high as possible when he sold.”

Is there any coming back from this?

All in all, Findeisen and his team of analysts calculated that Phillips had sold $16.3 million of SafeMoon tokens over an eight-month period to December 2021. Minus his holdings, the net gain was $12.1 million.

The price of SafeMoon has not reacted noticeably to this exposé by Findeisen.

SafeMoon originally launched in March 2021 and initially was off to a flying start posting gains in the tens of thousands of percent. However, the team launched a Version 2 on a different contract address in December 2021, thus abandoning the Version 1 contract entirely.