SafeDollar (SDO) stablecoin proved to be anything but stable today as its price collapsed on the heels of an alleged cyberattack. 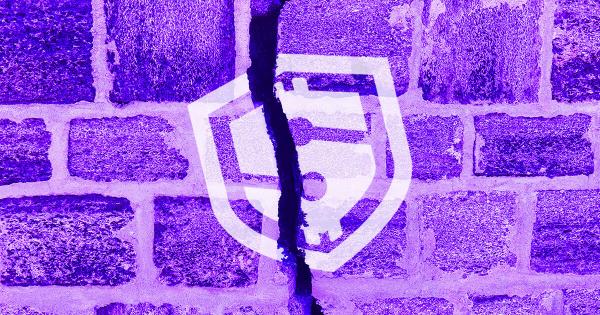 The price of SafeDollar (SDO), an algorithmic decentralized finance (DeFi) stablecoin based on the Polygon (MATIC) blockchain, has plummeted to literally zero as a result of what appears to be an exploit today.

While details are yet scarce, block explorer Polygonscan shows that 202,000 USDC and 46,000 USDT stablecoins were suddenly drained from SDO’s smart contract today—worth around $248,000 in total.

As a result, SafeDollar’s price—which was supposed to always be equal to $1 since it’s a stablecoin—has plummeted to zero, according to the protocol’s own website.

Stablecoins are a special type of cryptocurrency tokens that are pegged to certain fiat currencies, usually the U.S. dollar. They are designed to always retain the value of their corresponding assets and—in theory—should always be tradeable or redeemable in a one-to-one ratio.

In SafeDollar’s case, the stablecoin uses a combination of “unique features of seigniorage, deflation protocol and synthetic assets” as its basis.

The attack was also confirmed in a Telegram channel called “SafeDollar Announcements” today, with developers urging users to stop all operations with SDO and ostensibly promising to come up with a compensation plan in the future.

“SafeDollar has been under attack. We have paused activities on SafeDollar and investigating the matter. IMPORTANT: PLEASE STOP ALL TRADING RELATED TO $SDO. We will announce the post-mortem after the investigation done with compensation plan for Liquidity Providers,” said the announcement.

Notably, this is not even the first time SDO was exploited. Just a week ago, SafeDollar developers published a “Postmortem Analysis” about an exploit that resulted in the loss of the protocol’s 9,959 SDS tokens—worth around $95,000 at the time.

As CryptoSlate reported on June 17, Iron Finance, another DeFi project that is currently migrating to Polygon, saw the price of its Iron Titanium (TITAN) token plummet by 99% on the heels of an exploit.

(Correction: An earlier version of this article said the exploit amounted to $248 million. The figures have been updated.)