The head of the State Duma Industry Committee Vladimir Gutenev suggests a minimum of 15% tax should be levied on crypto miners. 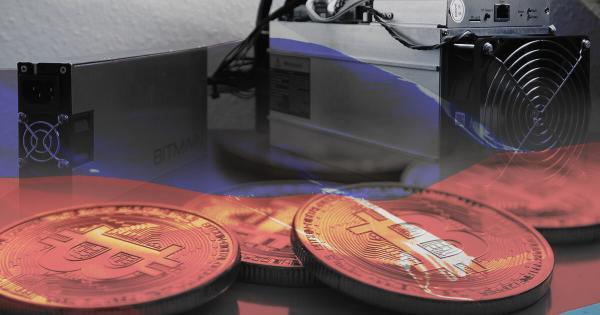 As per local media reports, one of the leading Russian lawmakers has proposed a minimum 15% tax on crypto miners. Vladimir Gutenev, the head of the state Duma industry committee believes that crypto miners should pay at least 15% tax while withdrawing cryptocurrencies if the government decides to treat cryptocurrencies as securities.

According to local media Kommersant, Vladimir Gutenev, the head of State Duma Industry Committee, suggests that if the government decides to treat crypto as securities, the cryptocurrency miners in the country should pay a minimum of 15% tax while withdrawing cryptocurrencies into the financial traditional finance system.

Gutenev also suggested a separate income tax range for entrepreneurs, proposing a minimum of 6% tax to be levied on individual entrepreneurs and crypto companies/industries.

“If we equate cryptocurrencies with securities, if there are certain gateways between those who mine, and when this mined cryptocurrency becomes security for which income tax must be paid. Probably, it should not be less than 15% income tax. Mining itself cannot be less than 6% tax, as it happens in simplified terms, ” As stated by Vladimir Gutanev (Kommersant)

Russia is still battling an intense crypto dilemma with the Bank of Russia proposing an outright ban on cryptocurrency. However, the president of Russia Vladimir Putin has actively backed cryptocurrency amidst the prevalent crypto crisis, asserting that Russia has certain “competitive advantages in mining cryptocurrency”

President Putin further stated that the government should preferably reach a favorable “consensus” instead of proposing a ban on cryptocurrency-related activities in the region.

After the authorities imposed a blanket ban on cryptocurrency activities in China, the ousted cryptocurrency miners found shelter in Russia, where the miners could utilize the cheap electricity that the nation offered to mine cryptocurrency. According to the data acquired from the Cambridge Centre of Alternative Finance, Russia had contributed nearly 11.2% of the global Bitcoin hashrate in August 2021. It is also the third-largest cryptocurrency mining country in the world after the USA and Kazakhstan.

Russia to legalize crypto as means of payment